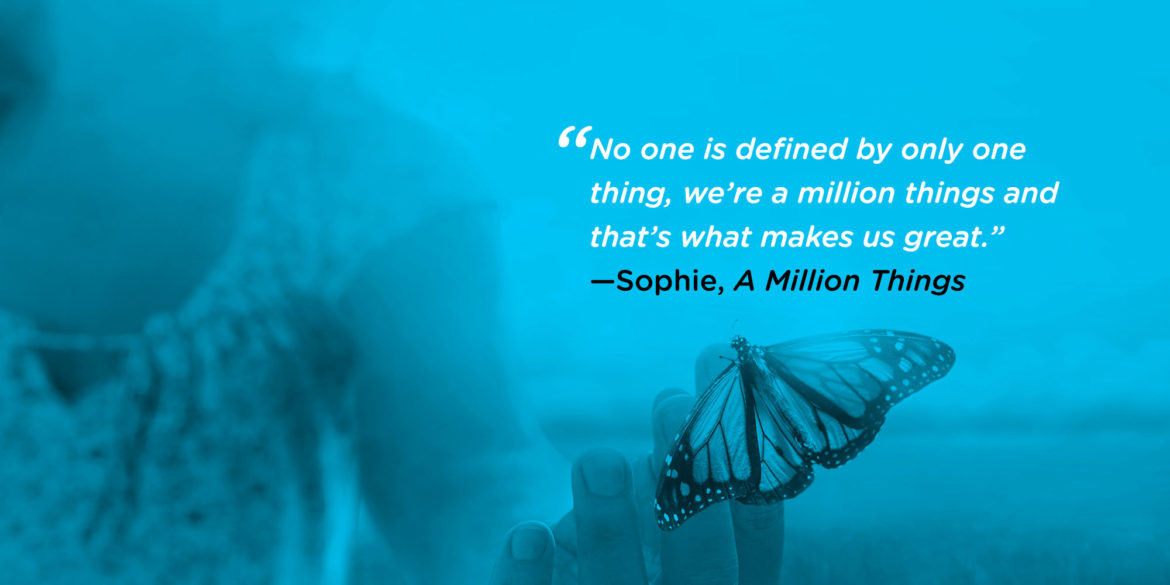 Why can’t everyone just be who they are without being labelled? I am a million things. Woman, girl, friend, daughter, sister, auntie, writer, reader, nerd, gamer. How can one word possibly label me or anybody else?

Sometimes there is an idea in my head I can’t get rid of until I write it down. Several of the articles I’ve read on Create Change have inspired such an idea, so here goes.

The last three years have been the worst of my life. In January 2016 my father had a terrible accident, falling down the stairs in the middle of the night and fracturing two cervical vertebrae. He was rushed to the hospital and after multiple surgeries over the next several days, his doctors told us that he had to be put in a coma to maximize the chance of recovery. He woke up many months later and luckily he didn’t have any brain injuries, so he was still “himself”. In the following months there were many ups and downs and he was finally released to a group home in our hometown. After more than one year away it was wonderful to have him close to home. He finally came home in November 2017 and we were hopeful…until March 7th, 2018.

I was in my room writing a term paper for Uni when my mom came up to tell me calmly that my dad was feeling unwell. He was taken to the hospital where I followed shortly thereafter. Upon arriving I saw my always strong mom crying and when I asked what happened she said the words I’d been dreading, “Dad died”. I have experienced grief before, but not like this. It was such a physical pain, I could hardly breathe. It was impossible that there was a version of this world in which my dad did not exist anymore. All the kind words and comfort I received from my family and my true friends in the days following were a small beam of light in the vast darkness that was surrounding me, and I will be forever grateful for that.

I am a huge nerd so I also found comfort in books, music, movies and TV shows. My best friend always recommends the best shows, so I finally decided to start one about a certain superhero. I absolutely loved it. I loved the characters, the stories and the messages behind them. At the beginning of season two, one of the characters called Alex, a total badass, realises that she is gay. Watching this, something clicked in my head. Immediately, everything seemed to make sense. I realised that there were many parallels between Alex and me.

Even before my father had his accident, I had days of total darkness. Days when I felt either deeply sad for no good reason, or simply numb. When I saw Alex’s story on screen, it felt like a little box at the very back of my head had opened. Memories came flooding over me which I had totally forgotten about. Feelings I’d always pushed down to fit in, to be like everyone else even though I was always different. I was lucky to have friends around that just accepted me as I was but still, there was something different about me. It only took 24 years and a TV show for me to get it. It was really like finally flipping the switch. I am queer.

It still took me some time to really admit this to myself, and one day I woke up with an invisible weight pushing down on me, so heavy that I couldn’t even bring myself to get out of bed. I was crying all day and my mom was worried sick. When the sun set, I couldn’t take it anymore. I took a deep breath, went to my mom and told her I was queer. Her reaction was a simple: “So what? That’s why you’ve been crying? You don’t have to cry because of that. It’s nothing bad”. She took it better than me. My parents have always been very liberal but still, you never know how someone will react to that news. She hugged me and said that she loved me, no matter what, and that this didn’t change anything, that it’s normal. And the best thing is, nothing has changed between us and that’s pretty awesome. The same thing happened when I told my best friend. The relief you feel after coming out and getting a good reaction is almost overwhelming.

To this day I haven’t told anybody else. I am a very introverted person so it’s extremely hard for me to share something so personal. On some days, I want to scream it out and on others I silently hope that no one will find out. And I hate that.

I’ve been thinking about the question of who I am for such a long time now that I have finally realised there is only one answer that includes it all: I am me. I know, that’s not very precise but that is the only answer I’ve got. No one is defined by only one thing, we’re a million things and that’s what makes us great.

Recently, I heard someone say, to be truly creative, you have to know your wound because that’s what makes your work authentic and powerful in the end. Whatever it is that drags you down, write, draw, be creative and let your pain be the fuel for something beautiful. You are enough, you are unique and you are not alone. When life strikes you down, get back up and strike back. You are stronger for everything you go through. And always remember that even one kind word or gesture can make a whole lot of difference, and that even the smallest things can create change.