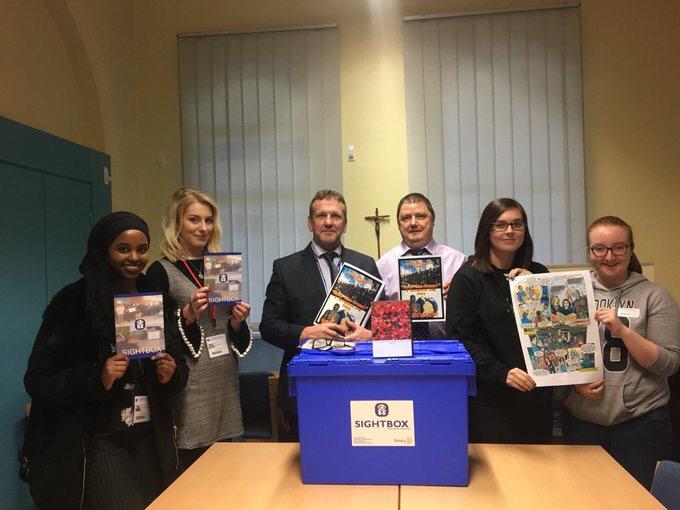 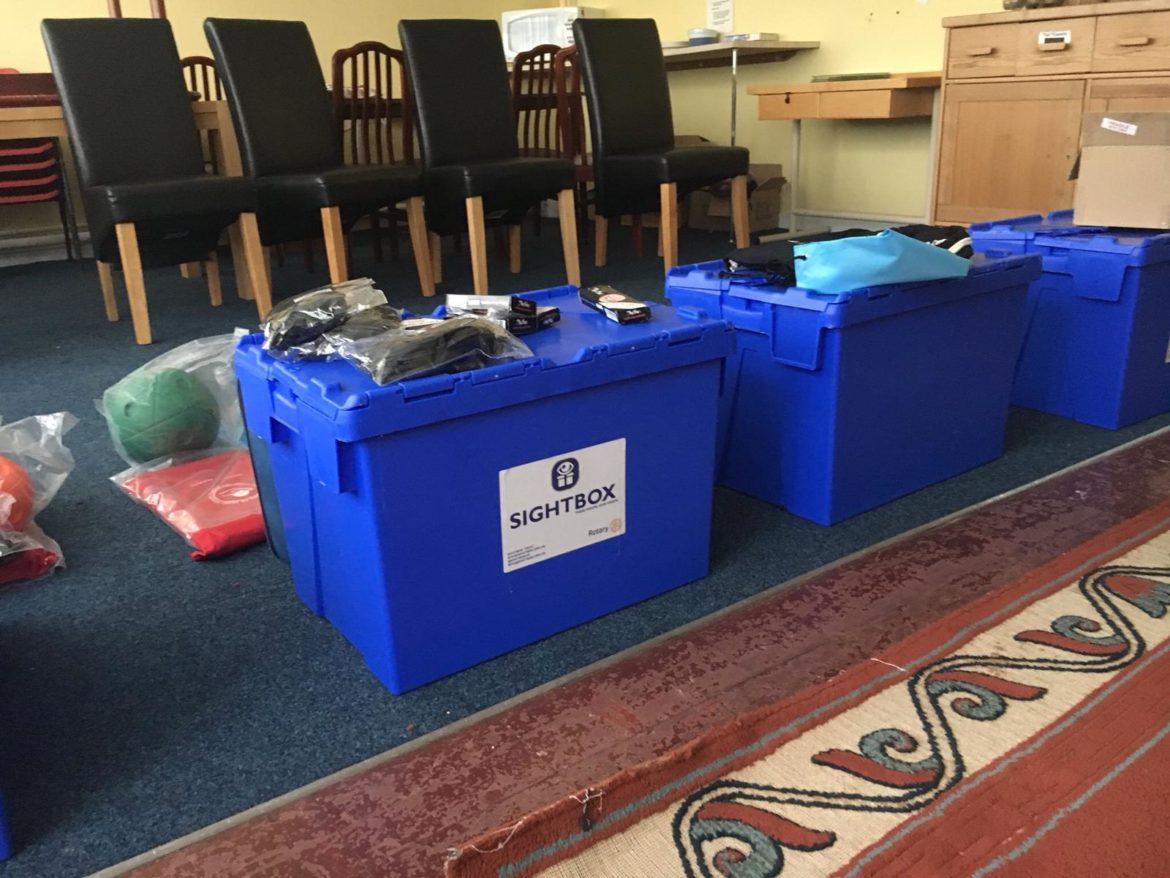 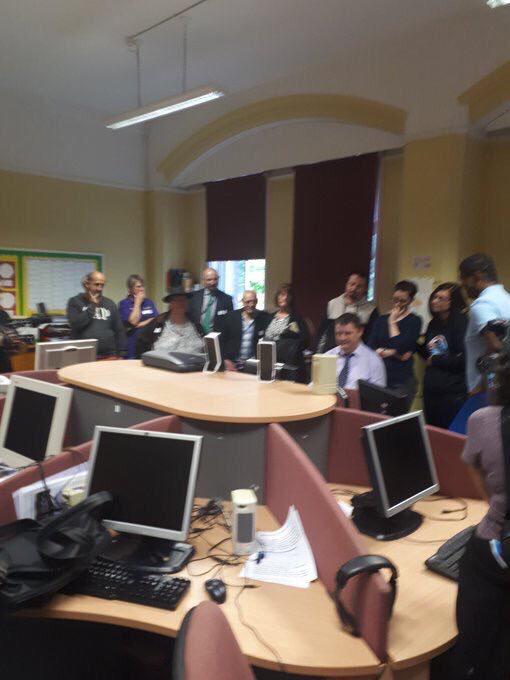 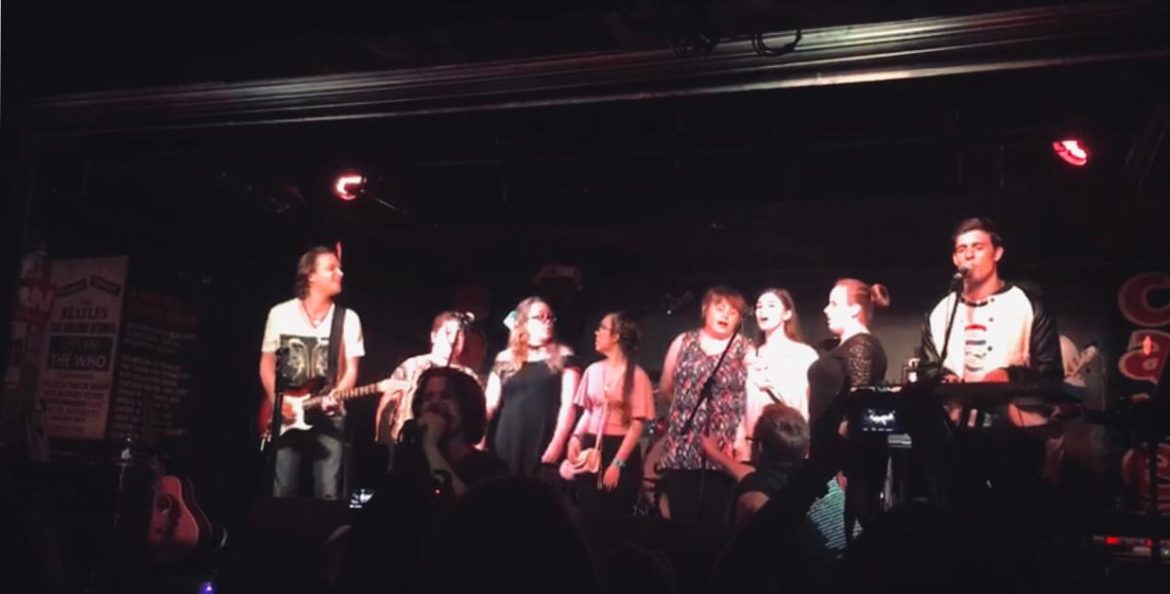 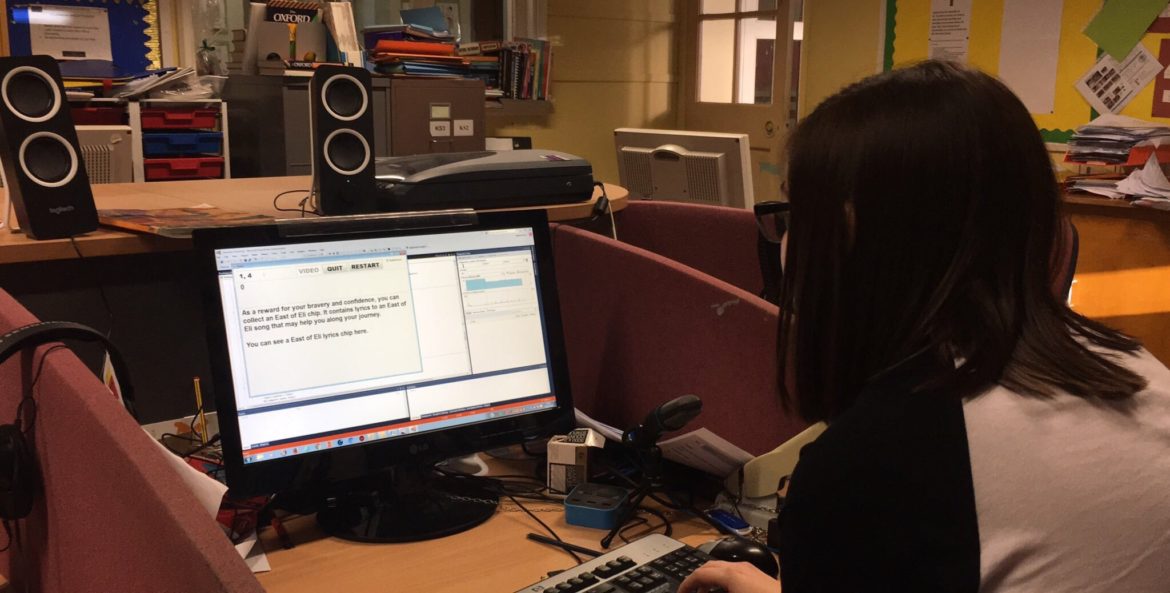 Picture this! You wake up in a place called Tinseltown and are given a mission. Get yourself over to Liverpool for a unique East of Eli concert where you will be a special guest – but you will face a lot of challenges along the way. This is the plot of the game we’ve created for the visually impaired. It allows children to use the “Power of Music” to fight against negativity and reap the benefits of standing up for themselves. Here’s our story.

Our journey began at an East of Eli concert at the Cavern Club in Liverpool, back in May 2017. This is where we were introduced to St. Vincent’s School and the inspiring work they do to help the Vision Impaired (VI) community, both in Liverpool and worldwide through Sightbox. The kids from St. Vincent’s who were in attendance at this EOE concert really struck a chord with us, and left us feeling like we wanted to help make a change in the world, in whatever way we could.

Throughout that 2017 EOE tour we accumulated a lot of merchandise between us, including many Troubadour t-shirts. This is when we came up with the idea of auctioning off two t-shirts signed by EOE, Chyler Leigh and others, with the proceeds going to St. Vincent’s school. We were hopeful that the shirts would sell for a good sum of money, but we never dreamed we’d raise the amount we ultimately did – £1500! This was mind-blowing to us and it was inspiring to see the EOE community come together to help another community like St. Vincent’s. The sense of family really shone through and showed how we can all “create change” by working together.

Afterwards, we were invited to the school to speak with the Principal, Dr. John Patterson. He is a force to be reckoned with. The man is an absolute superhero in his own right and he has ideas that blew us away from our first meeting. He is a man with as many amazing stories as he has ideas on how to make the world a better place, and he is also someone we owe a lot to because none of what follows would have happened without him and the significant effort he puts into his work on behalf of St. Vincent’s.

During our meeting with Dr. Patterson, we were shown a gaming system the school created for their visually impaired students. It’s a system that not only allows students to play games with just a few keys on the keyboard, but that also allows the kids to be the game creators – they’re taught how to create their own games during IT classes. This gave us an idea to create a game, ourselves, which meant we would have to learn how to use this system in order to bring our idea to life. It was humbling to see how the kids created their own games with ease and confidence, and it’s safe to say they put us to shame when it came to us trying to make our game.

Because we were going to create a game for VI kids, it was important to us that we get their input. We brainstormed with the St. Vincent’s students and took all of their ideas into consideration. Hearing about the difficulties and challenges visually impaired people face gave us the idea to use our game to inspire kids using the music and messages of East of Eli.

It wasn’t until after our game was developed that we truly realised this whole idea Our original goal was to see what St. Vincent’s students do at school on a daily basis, and we hoped that maybe our game could help raise a little money in support of this school. We hadn’t imagined being so openly welcomed by the staff and students at the school and we certainly hadn’t dreamed that our little game would be put into Sightboxes and sent throughout the world.

What is Sightbox, you ask? It’s an organisation that supports visually impaired young people wherever they may be in the world, helping them to access education, routes of employment and to also to generate friendship groups. Within Sightbox you also have the literal “Sightbox”, a container that includes various balls, some with whistles, running tethers and various other items. These items are designed to help young, visually impaired people engage in creativity and physical exercise. Sightbox ensures that each young person can live a life as full as possible.

To our great surprise, our work with St. Vincent’s expanded into working with Sightbox. In 2018, we were invited to take part in the “Global Pupil Conference” in Liverpool. This conference was held with students from St. Vincent’s and from other schools in the surrounding areas, collaborating and sharing initiatives. The students combined forces offering inclusive ideas on how to help visually impaired people throughout the world and make sure that no one is left behind.

Our work with Sightbox didn’t stop there. In May 2018, we got the chance to go back to St. Vincent’s along with Create Change cofounders, Nathan West (EOE) and Chyler Leigh. This was our chance to show them the EOE game. To say we were extremely nervous is an understatement. We just wanted Nathan and Chyler to be as proud of the game as we are.

So, all of our efforts over the past eight months came down to a large group of people crowded around a small computer screen – there was no going back now. We gave a brief description of the game and how we chose certain EOE song lyrics that have given hope to us and others. The room was quiet and the game began. The smiles on Nathan’s and Chyler’s faces said it all for us, and our nerves over the game disappeared. Once the game finished the whole room erupted in cheers and in that moment we were so proud. We knew all of our work had been worth it.

Just under two years ago we would never have imagined going this far with Sightbox, but now that we are here we don’t want the journey to end. We hope that more people will contribute to and become involved with St. Vincent’s and Sightbox and the work they’re doing to create awareness about the visually impaired community. It is a significant way we can all “create change” in a positive way, and ensure that as a community we are inclusive as possible.