Once in a while and often without warning, life presents us with a challenge, calling into question everything we know to be true about who we are, where we’re going, and what we ultimately want out of the journey before us. In moments like these, it’s important that we take a step outside of the situation to remember the vision & values that first inspired us to set our course and take action.

Recently, I found myself in this all too familiar predicament. I was at a crossroad as the CEO and co-fouder of Create Change. Our legal team had been asking me for months now if we were ready to apply for our 501c 3 status and become a non-profit organization. Now, more than ever, it was crucial they had that answer. Without it, CP could not progress any further towards our second phase of development. It seemed simple enough, since I had already declared our intentions to do so when my wife and I first started to flush out the idea of creating a solutionsbased media company. Yet, when our legal team was ready to submit our paperwork, something deep within was telling me to pause and reconsider.

Here was the dilemma: Handout or Hand Out…

Charities and non-profits are truly instrumental in continuing the good fight to eradicate some of the biggest problems that we face as a global society. Without their continued efforts, we would lose hope in the battle to see the basic needs of every human being met, which is no small feat by any means.

Those numbers are staggering. With so many people and organizations willing to give their time, money, and resources, I couldn’t help but wonder, how we haven’t yet eradicated the global issues we face.

Being completely transparent, I’ll be honest and say that we are taking a risk by creating a media company that intersects celebrity causes, charities and non-profits brands without falling into a trap of superficiality that is so commonly associated with Hollywood. It’s not easy for me to admit that sometimes I have more questions than answers, but I believe it’s important for you to understand that all of us within the nucleus of Create Change are not trying to glorify our efforts as the “be all, end all” solution. We are simply joining the fight, the best way we know how. 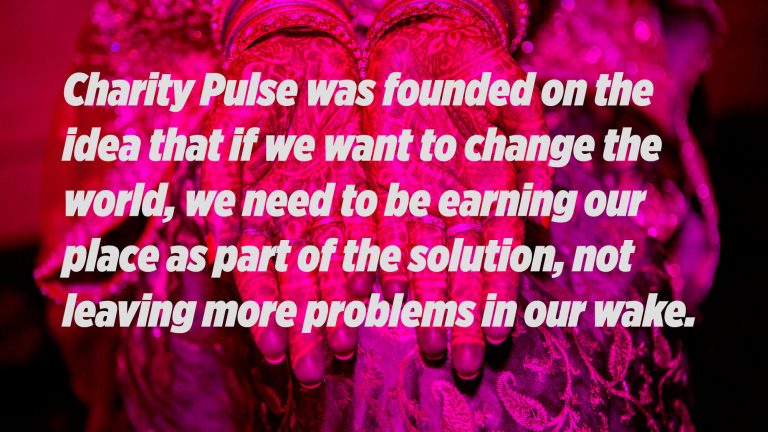 Create Change was founded on the idea that if we want to change the world, we need to be earning our place as part of the solution, not leaving more problems in our wake. With that in mind, I realized it was more important for us to position ourselves as a for-profit company instead of a nonprofit and here’s why:

As a nonprofit organization, there would be limitations placed on us by the rules and regulations that come with the 501(c) 3 status. Although this is suitable for most, for Create Change we believe the only limitations we should have are the ones we placed upon ourselves. But more importantly, as a nonprofit we would appear to be yet another hand out asking for support and donations which is the opposite of why we exist in the first place. Our purpose it to see more hands closed either because these charitable organizations are self-sustainable or the problem no longer exists. Personally, I would prefer the latter. CP is meant to be an online community of the people, for the people, acting as a bridge, a convergence point to a place where we all can gather and connect our passion to make a difference by sharing new, innovative ideas and solutions. This would bring awareness to the multitude of causes that desperately need our attention.

We don’t just want to be another online source for feel-good celebrity blogs, we want to be your one and only online entertainment source where you can go to for inspiration and get the resources make a difference in the world. We believe your voice matters, and we will be constantly shaping our company according to your participation.

Fortunately for CP, I’ve bought another 30 days before solidifying my decision to become a for profit. I would love to hear your opinion over the next month about whether you’re against it or for it. I want to gain more insight prior to making that decision.

Read More About Create Change On Our About Page
We use cookies to ensure we give you the best user experience on our website. If you continue to use this site we will assume that you are happy with it.OkRead more