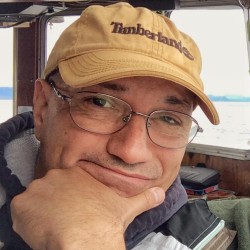 Gabe Torres is a Motion Picture and Television Director, Writer and Producer based in Los Angeles, California. Since Graduating from the USC School of Cinema-Television in 1985, Gabe Torres has worked consistently in a wide variety of endeavors in film and television. He is currently a regular contributor to Create Change.

We use cookies to ensure we give you the best user experience on our website. If you continue to use this site we will assume that you are happy with it.OkRead more