This election year has been a historic race pitting the first potential woman president against a businessman who has never held office. Whichever becomes president, will undoubtedly make history. The race has also been noteworthy for another reason. These two candidates are the two most disliked in election history. Why is that? Beyond their notable and well documented flaws, something is amiss,  leaving more to be desired in the hearts and minds of our society. I wonder if people might be more excited to vote this year seeing names like Dave Kovic, Andrew Shepherd or Jeb Bartlet on the ballot. You might be asking yourself, “who are they?”

“Each one of these characters displayed a humility and basic connection to the human experience that a majority of our politicians do not.”

They are three of the most popular Presidents of all time who never set foot in the real Oval office.  Each one, a fictionalized Commander & Chief from popular films and television, “The West Wing”, “The American President” and “Dave”. Why were these TV and film Presidents so loved and admired by both critics and the public alike? I believe it’s because of their humanity. Each one of these characters displayed a humility and basic connection to the human experience that a majority of our politicians do not: 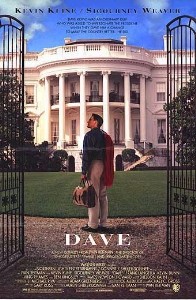 In the film Dave, an ordinary man with the desire to help his fellow men suddenly finds himself in the oval office, impersonating the President after the real President dies while having sex with a staffer.

It is the “ordinary man” quality that draws us to Dave Kovic, as he tries to fill the President’s shoes. At first he steps into the presidency with no agenda other than to try and do his civic duty, but when he discovers he’s being used by dark political forces, he does what his heart tells him to do and strives for policies that benefit ordinary people like himself. We root for him because he is the Everyman. “Dave” is a modern day fairytale for sure, but we love this story because it fulfills our wish to see our President take hold of one quality we desire the most from our next President elect: Compassion. 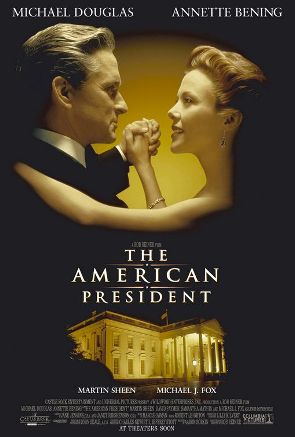 In The American President, President Andrew Shepherd is a widowed President who falls in love again and starts dating during an election year. This President goes after the person he loves despite all odds and at great political sacrifice. In doing so, he rediscovers his passion for why he wanted to be President. It’s love that guides him to do the right thing over political expediency. We always hope that our Presidents act in the best interest of the people and not politics, but that isn’t always the case. In this film, this President does and we applaud him for it, because it’s yet another strong quality we desire most from our next President elect: Steadfast. 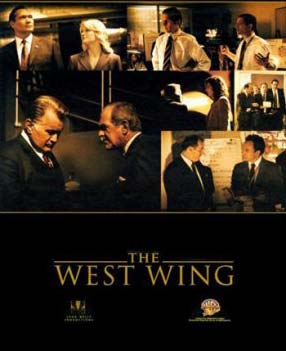 Finally, Jeb Bartlett in The West Wing embodies the frailties and flaws of a human being as he navigates his presidency. He loses his temper often. He is loyal to a fault.  We see him attend sessions with a psychiatrist. He hides his MS from the American people. This is a President who is humanly flawed on many levels and yet we care about him, because he carries on and does so out of a noble ideal about public service. But what humanizes him the most is what is broken about him. We all feel broken in many ways and want our leaders, our President to show us that they are not automatons, but flawed, breakable human beings… like us. Once again, an enduring quality we desire most from our next President elect: Authenticity.

My hope is that before we all cast our vote, we would look for signs of a President that will rise to the level of humanity, basic decency and noble purpose that is evident in these three characters. We should expect it. We should look further into the depth of their character and we should never set the bar lower to accommodate someone not willing to be the leader we absolutely desire. Real life needs heroes and role models too.

Trailer for The American President