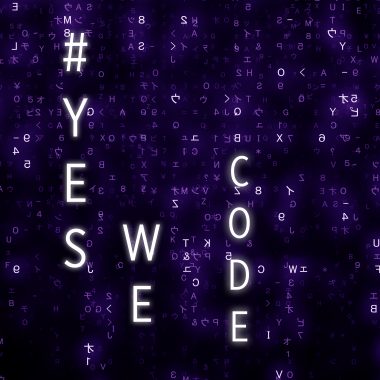 When I finished the first part of this article with the phrase “Let’s see just how deep the generous rabbit hole goes…” I actually thought a few hundred words would suffice to write the whole story; oh boy, was I wrong! The depth and reach of Prince’s charitable and philanthropic efforts is not only vast and prolific, but also meaningful. No bragging, just doing. Since actions speak louder than words, Prince’s charitable work speaks for itself and the fruit of his efforts carries the message. That’s the way he wanted it.

While having a conversation with his friend and activist Van Jones in the midst of Trayvon Martin’s death, Prince used hoodies as an example of how far we are from achieving true racial equality: “A black kid wearing a hoodie is seen as a thug, while a white one is seen as a Silicon Valley billionaire”.

It was this concept that triggered an initiative called Yes We Code under the umbrella of Van Jones’ ‘Rebuild the Dream organization. The idea behind Yes We Code is to teach 100,000 low income children –not only African American- how to write computer code, providing them the opportunity to get good paying jobs in a sector where they wouldn’t normally stand a chance.

What better way of helping a community than providing them with new positive role models; their own role models!

In a beautiful display of star power clout gone right, Prince agreed to headline the 2014 Essence Festival in New Orleans in exchange for using the event to launch Yes We Code. If that was not enough, he also helped finance the first Yes We Code hackathon, where the young coders met with designers and innovators to create apps focused on social justice.

Considering that technology is one of the few areas of the economy that is still growing, Yes We Code proves visionary by providing the tools and knowledge that will allow those children to generate a good, honest income for themselves: Sustainable charity.

Because sometimes the more the merrier…part 3 coming soon.