The energy outside of Los Angles City Hall was contagious!! There are thousands of people gathered to honor his memory in a way Prince himself would approve. It is a perfectly beautiful blend of all ages and colors…but specially purple!

In a time where we seem to be divided to be a part of this loving crowd is a magical experience. Love is certainly in the air! Everyone dances and sings along with all the guest performers: some dancing solo, couples, parents with their kids…I might have even seen an LAPD officer try a move or two…but the rumor is not confirmed yet.

I could focus on the big names that were performing and paying respect to Prince up in the spotlight, but this was a different kind of party. As the sun sets and the temperature goes down the human warmth grows exponentially and the voices on stage start to drown amongst the voices of the crowd that seems to know not only every word to every song, but every inflection to every melody…it’s powerful and soothing, a reminder that we can get along when we put our differences aside. There’s a lot of laughter and smiling all around; some people even brought their own instruments and play along like and extension of the band up on the stage…almost like Prince is conducting his own massive orchestra. 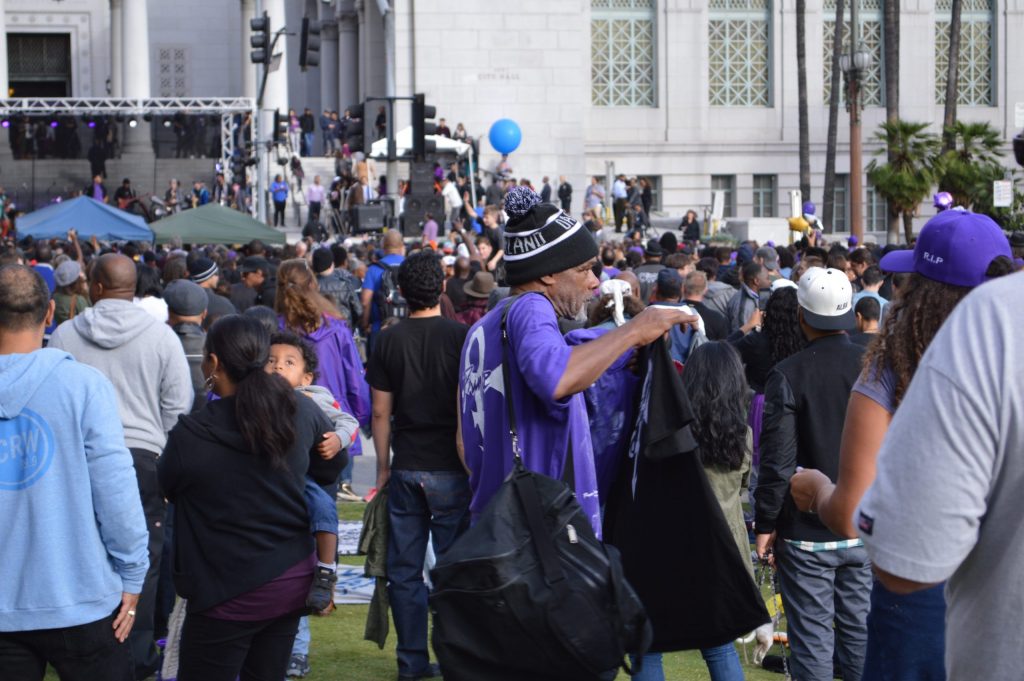 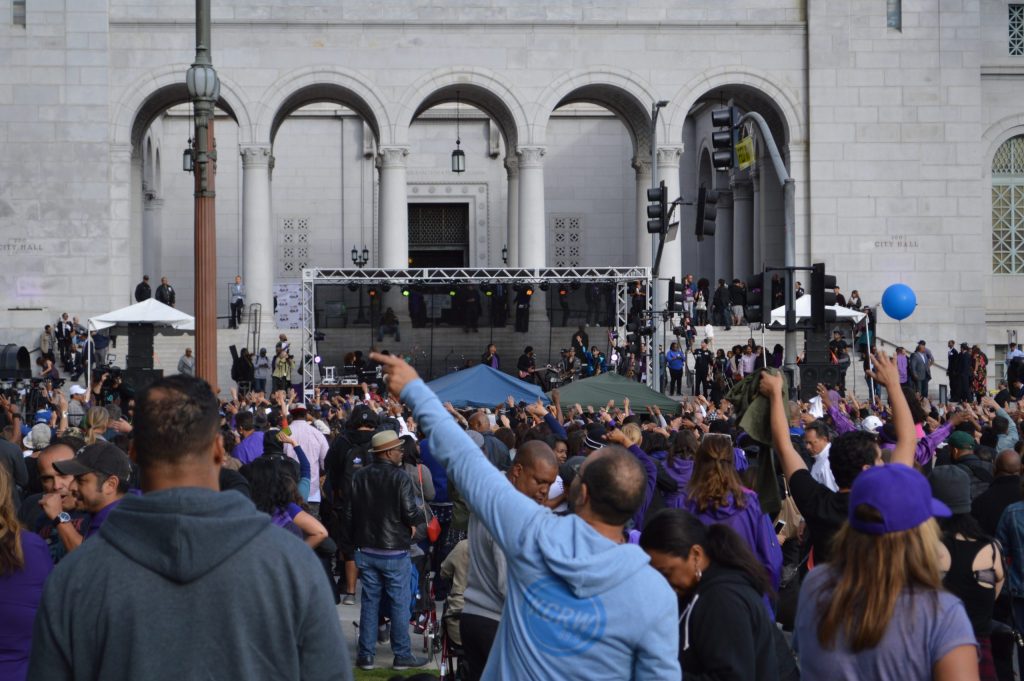 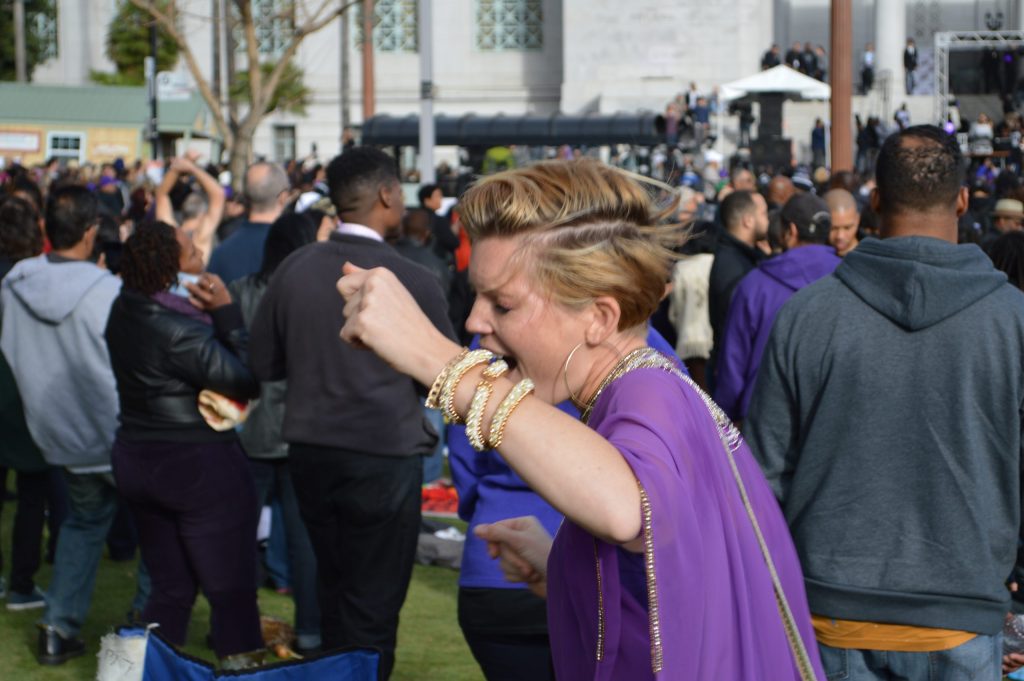 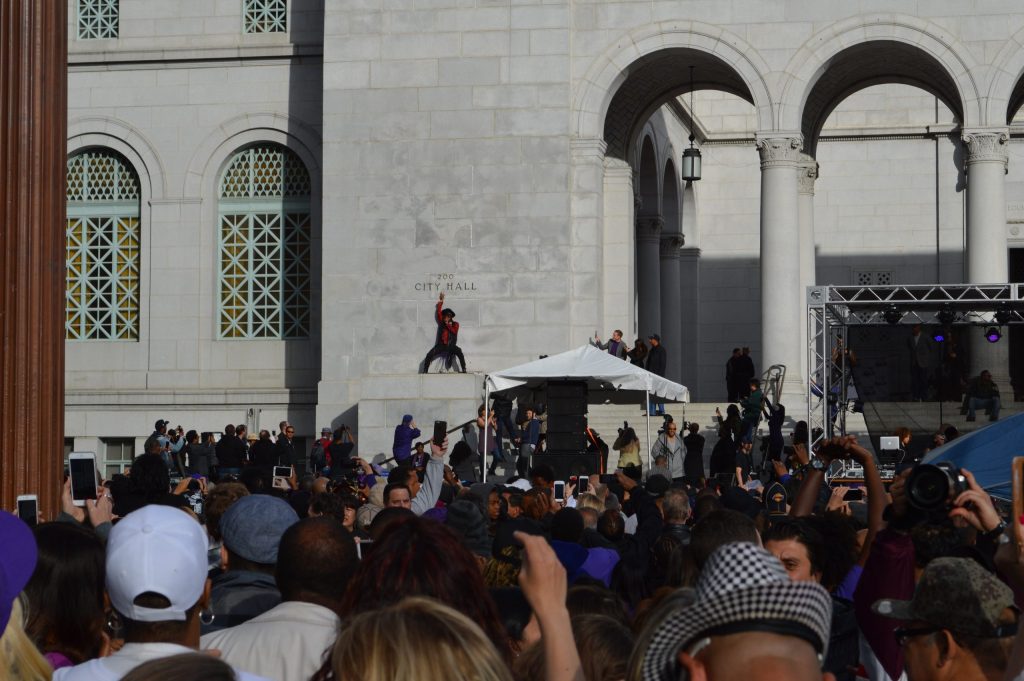 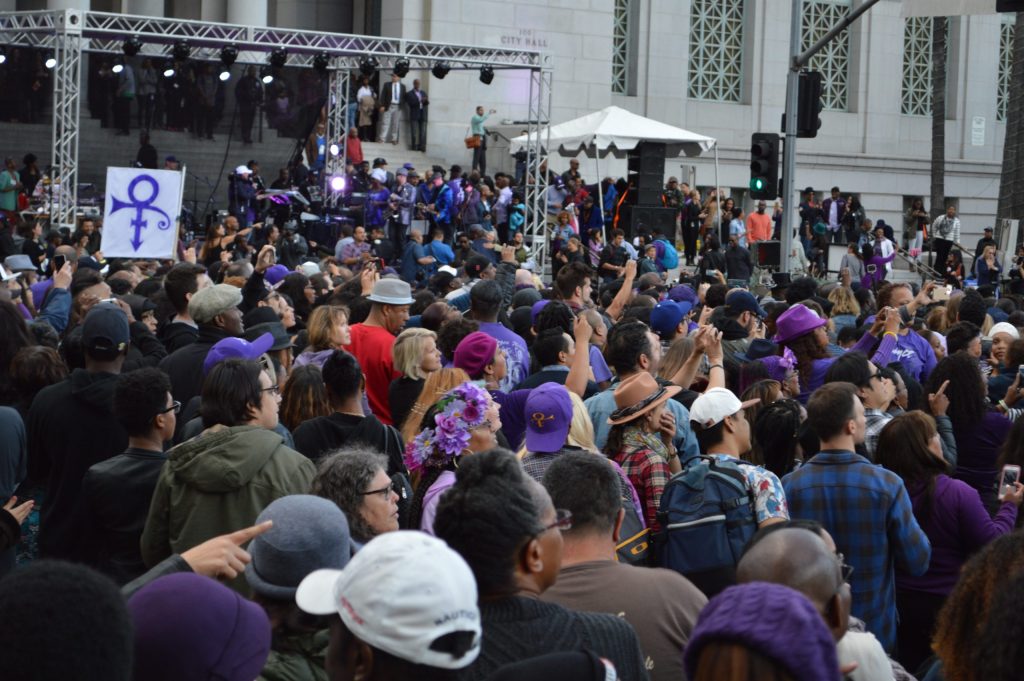 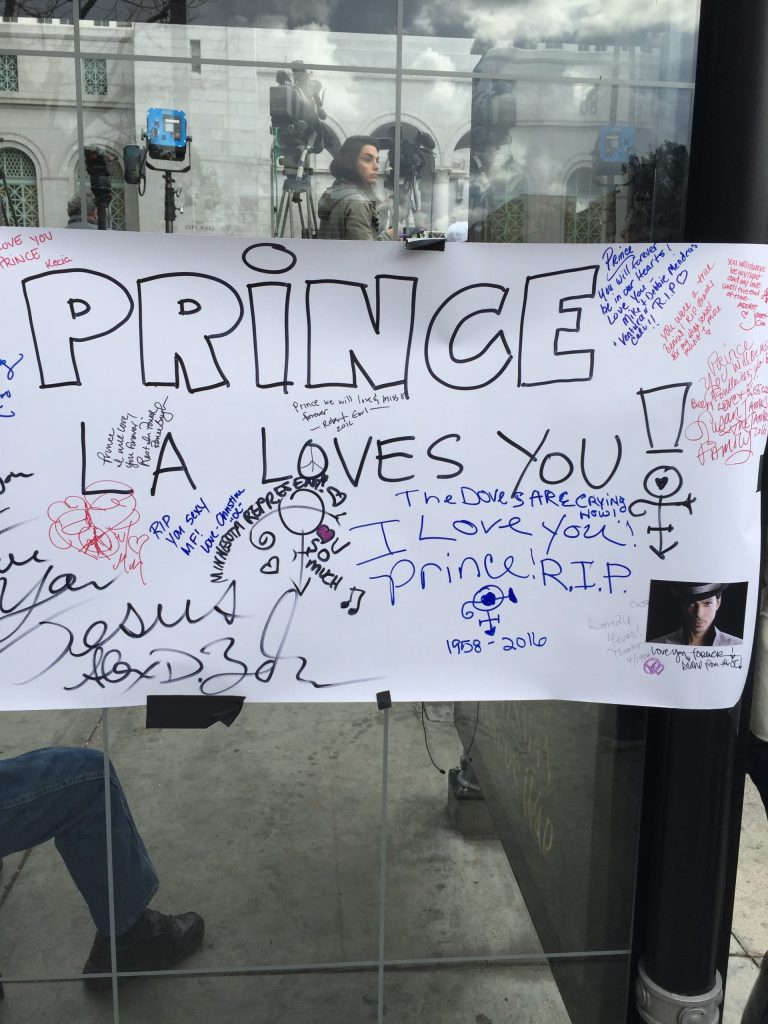