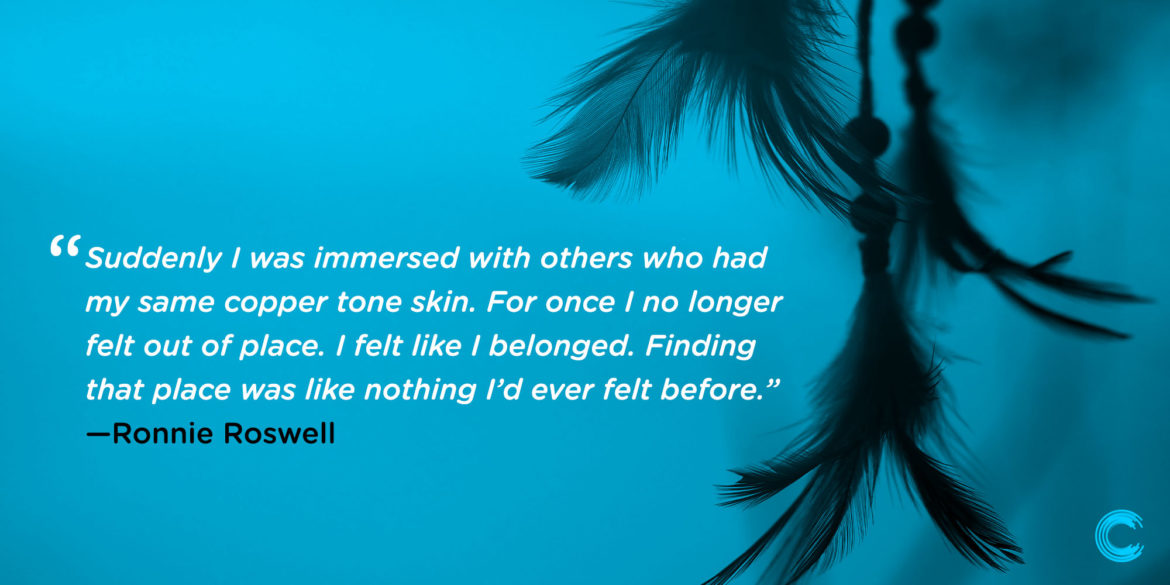 I’ve shared stories about my mental illness, about my cutting, about the reason behind my tattoos, but there’s one I haven’t shared, and it’s an important one. I’ve been dark skinned for my entire life. I grew up along the US side of the Mexican border. It’s a small little town, at least it is to me, with a mixture of both cultures.

Growing up I always felt different. I noticed it at an early age. I grew up in a mostly Caucasian school district. My parents were teachers and that’s just the district they worked in. My friends were cool. We all grew up together from the time we were in diapers to the time we were eleven and twelve. I would eventually move school districts and lost touch with all of them. Despite all of my friends, even back then I felt I never quite felt like fit in, and with good reason I suppose. There was never anyone who looked like me.

I have a cousin who’s about my age, and I remember a few years back she once told me that she didn’t like her skin color; she’s half Hispanic/half African American. It was crazy how easily I could put myself in her shoes.

I was Hispanic but I didn’t, and still don’t, speak Spanish. I remember being around a group of Hispanic friends and thinking how uncomfortable I felt, skin type wise. Here I was a seven or eight-year-old kid and I didn’t even feel comfortable around my own ethnic group. And the reason was this: I was too dark, even for them.

A lot of Hispanics I know are olive toned. I would, at a young age, learn that my skin tone was called copper, a term I heard from the Disney movie “Pocahontas.” To feel uncomfortable among your own ethnic group is one of the loneliest places one can be, especially as a kid. Don’t get me wrong, I did appreciate all the time I spent with my Hispanic community, but the feeling of being different due to my skin tone was still difficult to deal with.

This feeling has lasted my entire life. I never really felt comfortable with myself until I was about in the seventh grade. For my English class one of our summer reading assignments was Bury My Heart at Wounded Knee, by Dee Brown. It was a book about Native American history. It was reading that book when, despite the black and white photos, I saw people who looked like me, down to the bone structure. I finally found something to hold on to.

My sense of feeling out of place continued. I even noticed it in my own family. I used to always joke that I was adopted. Sure, I had my parents features but skin tone wise I was out of place there too, my parents and extended family all having lighter skin than me. My dad was dark too, but I still outdid him in that category. To this day it still makes me uncomfortable but now I have a better understanding of things.

It wasn’t until I was eighteen that I truly discovered my place in a cultural society. I’d been working up in Yellowstone one summer and on one of the days off I and a couple of my roommates went to a Native American Pow Wow in Cody, Wyoming. Suddenly I was immersed with others who had my same copper tone skin. For once I no longer felt out of place. I felt like I belonged. Finding that place was like nothing I’d ever felt before.

The funny thing about this is that for my whole life people have told me I look Native American. I used to brush it off because I wanted to be like everyone else, like my Hispanic friends and family anyway. However, the feeling I got from being around Native Americans actually made me start to appreciate those comparisons I’d been hearing for my entire life.

I think it also has to do with the kind of cultural history I’m into. Growing up, the history textbooks only included a paragraph or two about Native Americans (something I used to find insulting, and still do). It was in that seventh grade English class, reading about Wounded Knee, that I was truly introduced to Native American history. We were only supposed to pick two chapters from that 745 page, 19 chapter book to do our reports on. I read the whole thing. I couldn’t put it down because this book finally spoke to me on a level that no other history had. I’ve got more Native American books now than what you would find at your average Barnes and Noble.

Though I am proud of my Mexican heritage I could not connect to it because I did feel so out of place. I’m even more proud to have discovered a world that made sense to me, a world I could and can connect to.

As it turns out, from family research and DNA testing, I am half Native American which is more than I expected. I can now legally claim to be from a culture that I’ve emotionally belonged to for quite some time. As a kid I just couldn’t see it. I can now and I’m proud of it. I’m finally comfortable in my own skin, literally.