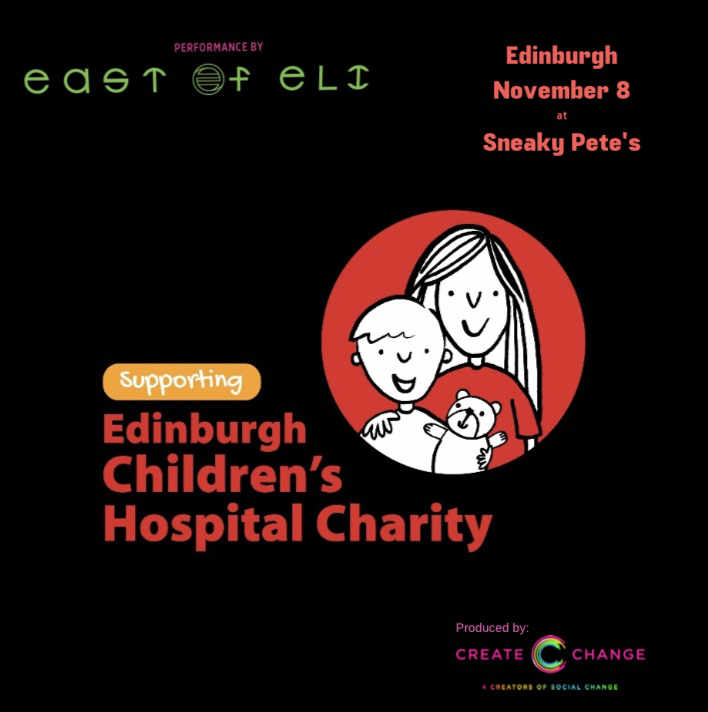 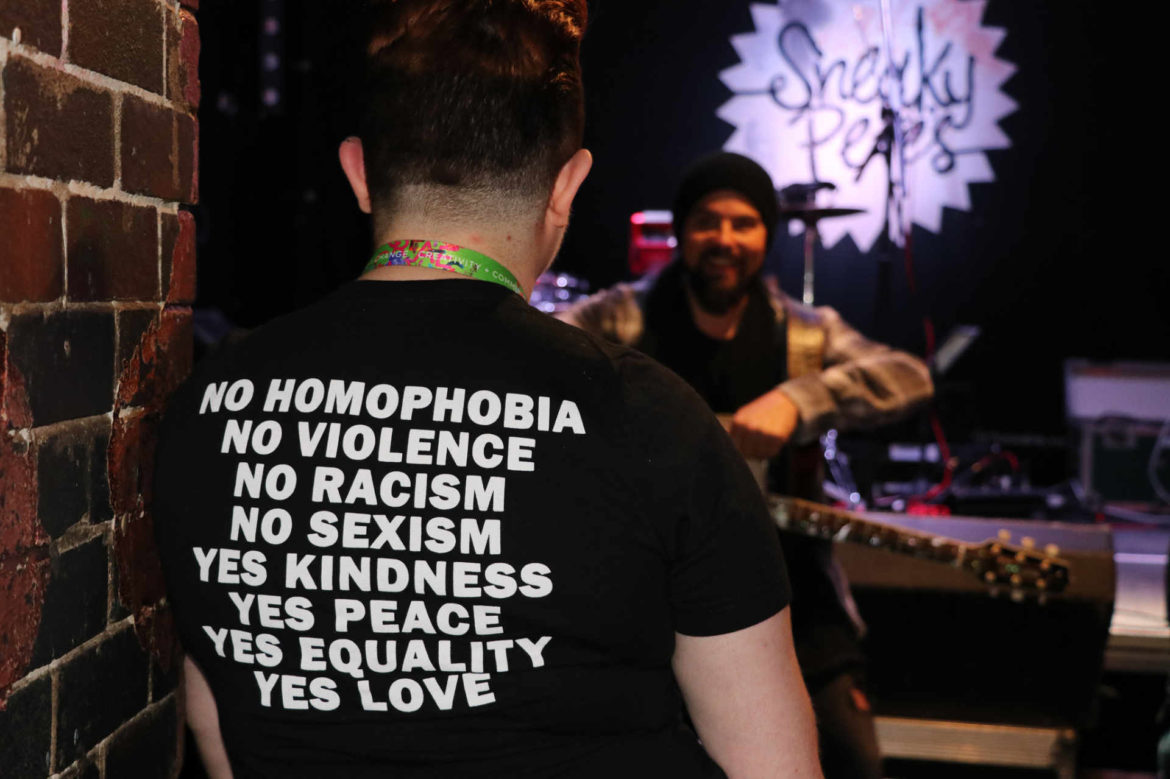 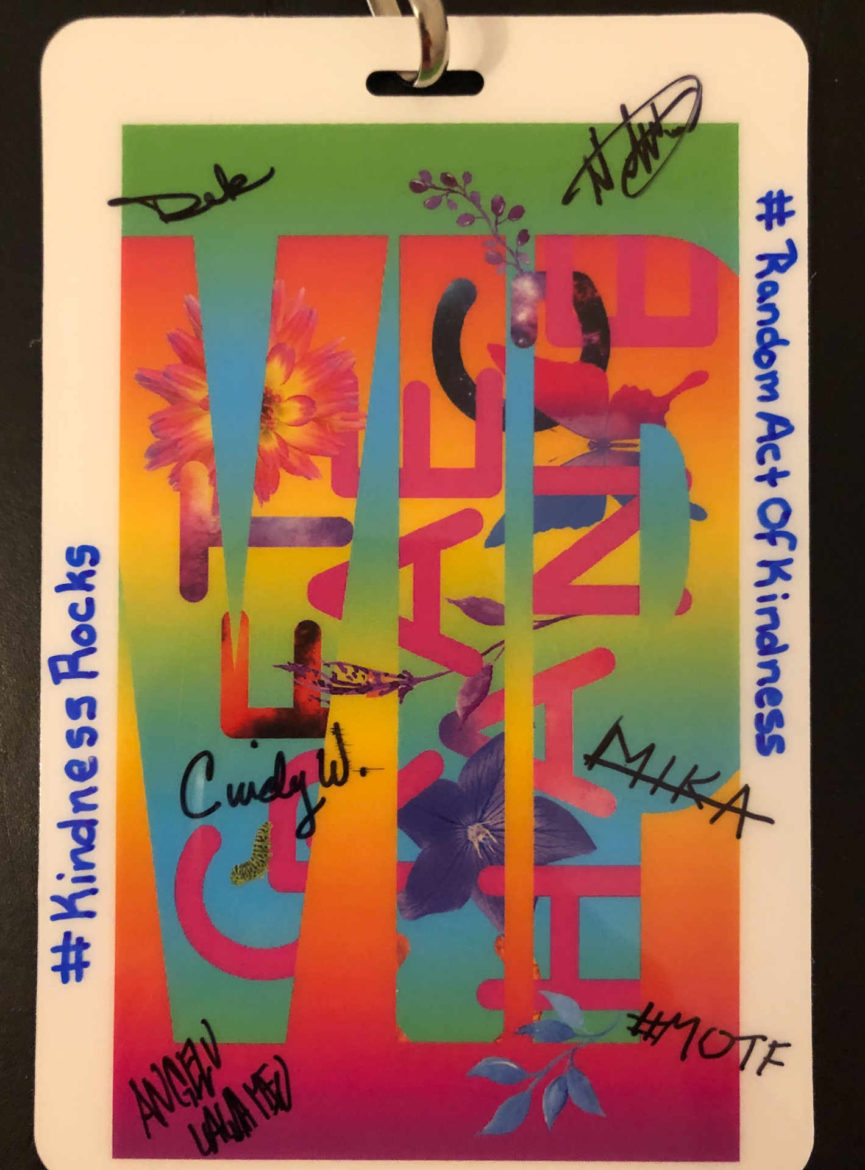 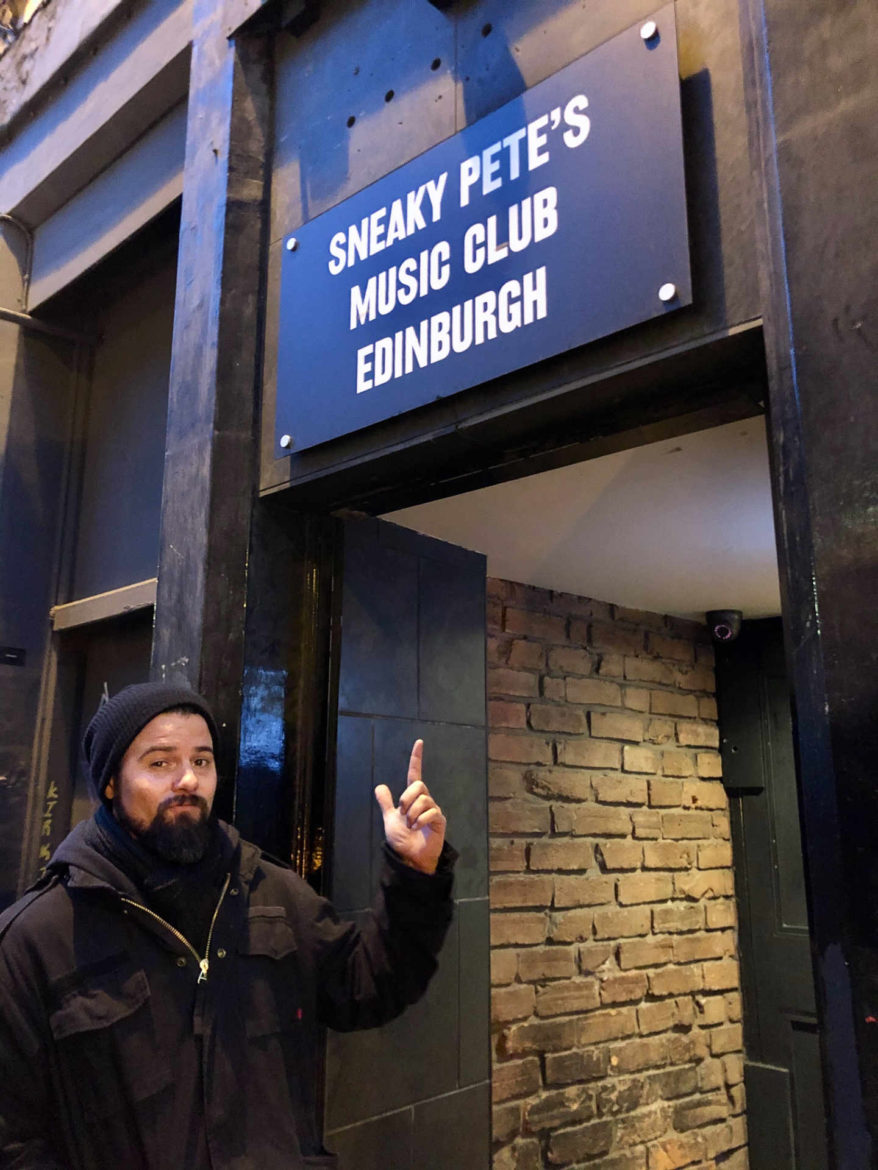 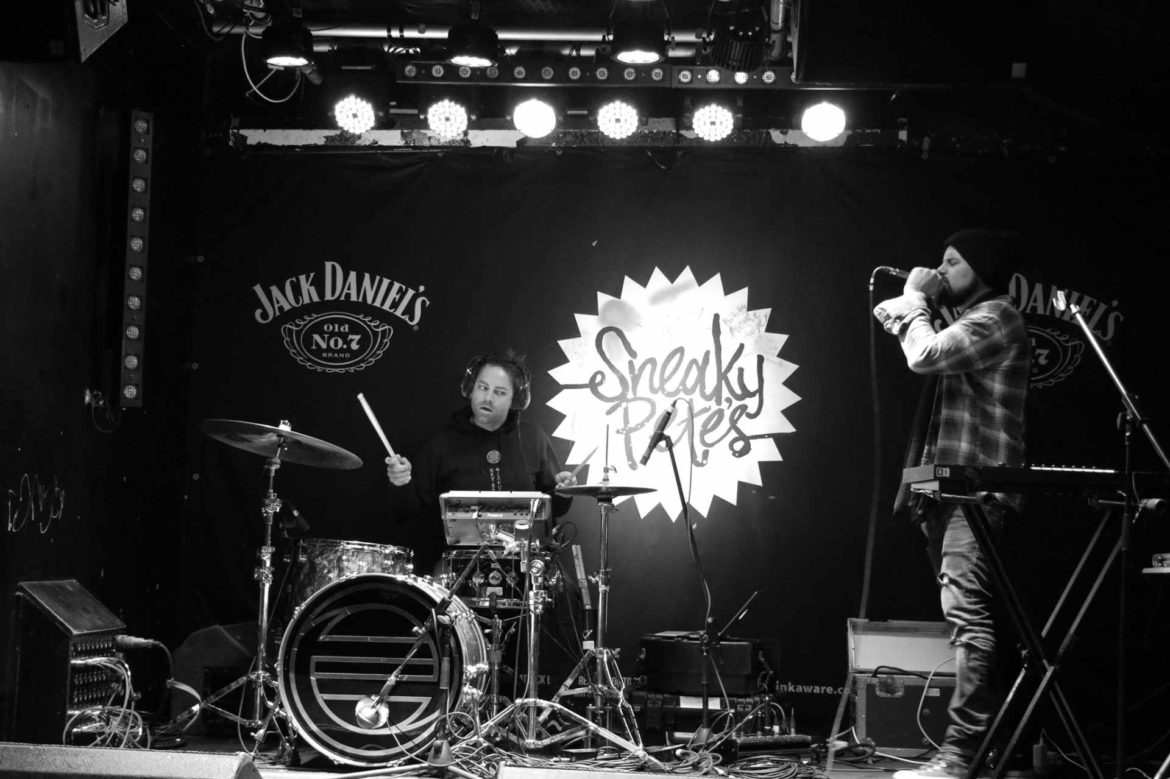 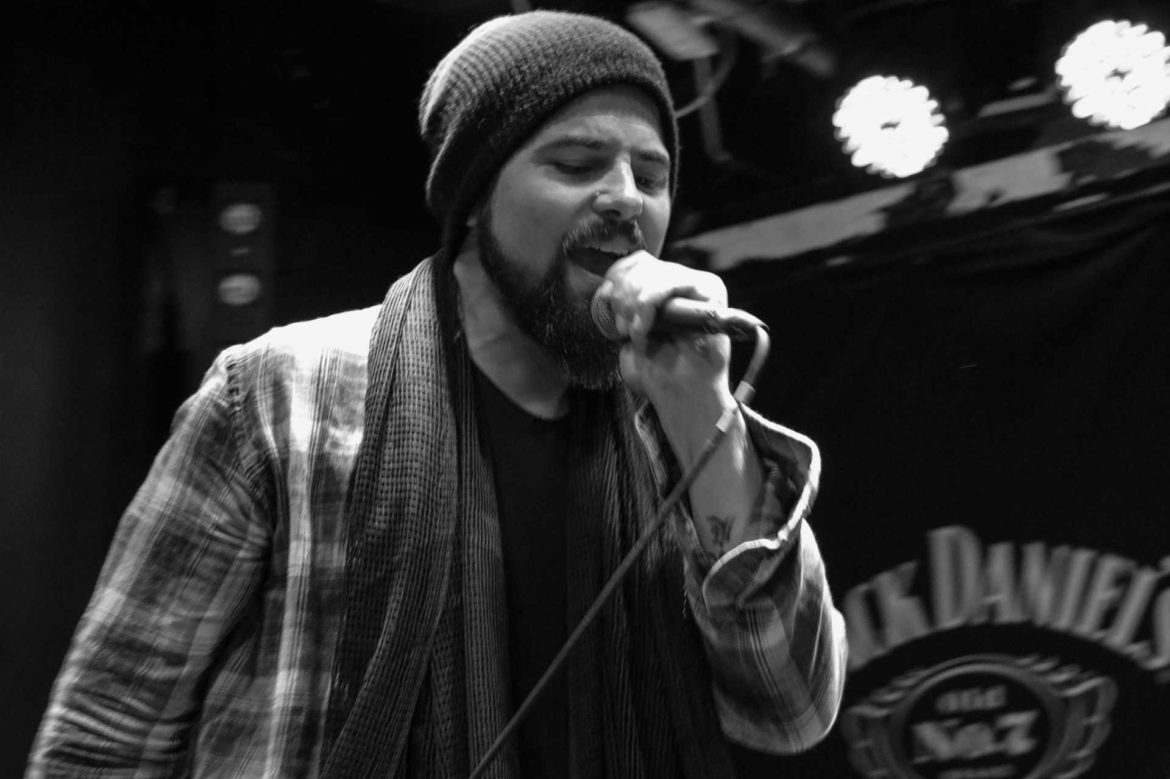 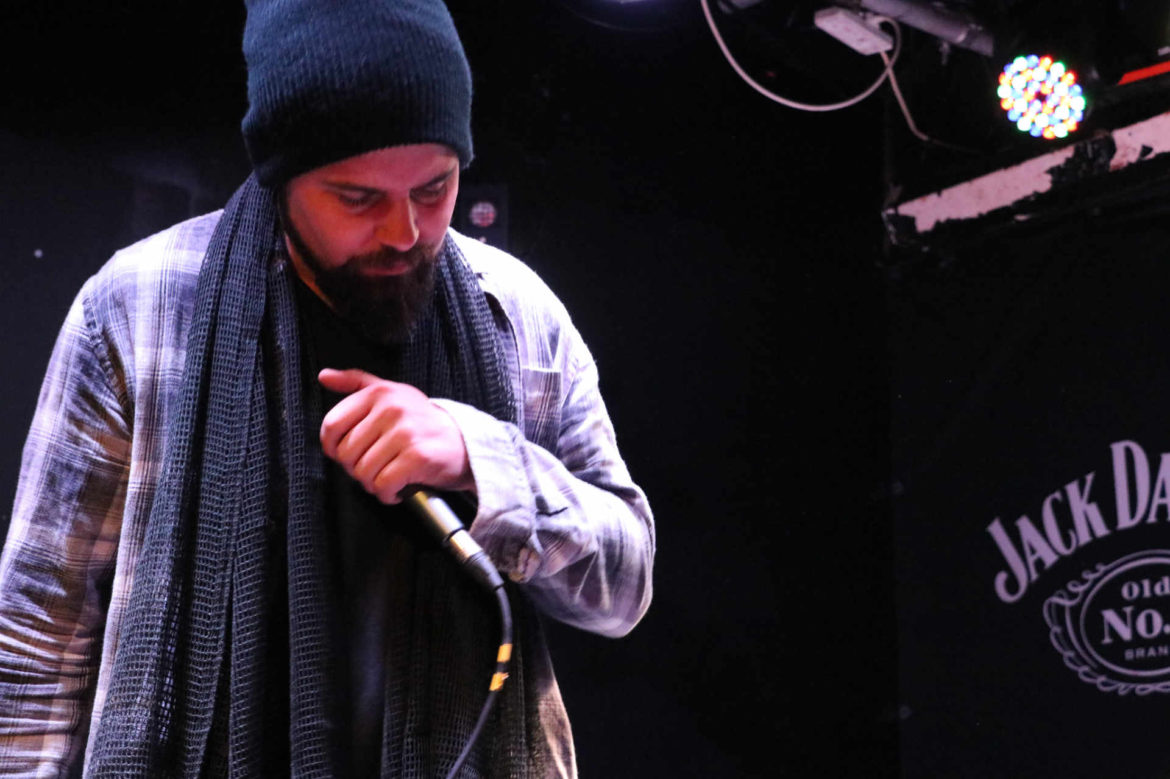 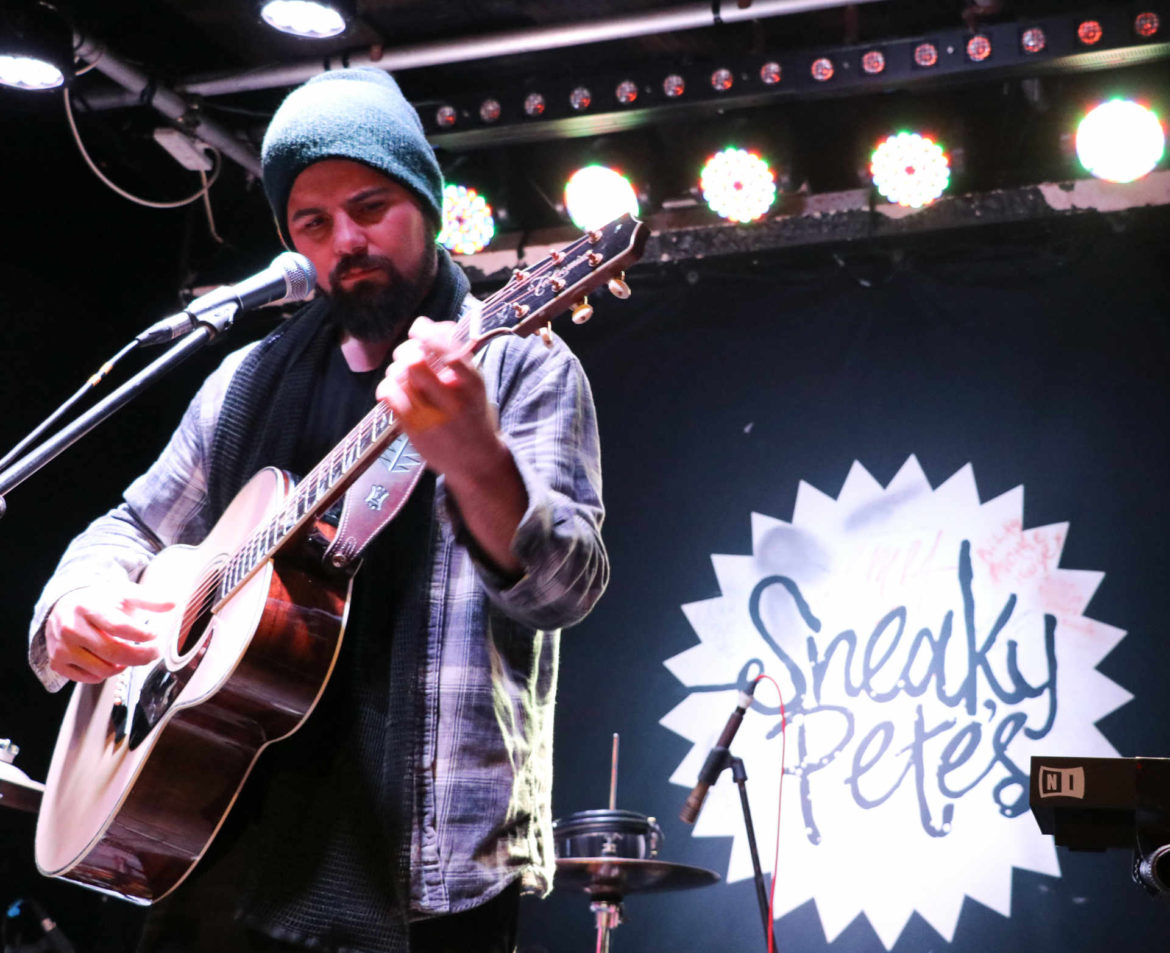 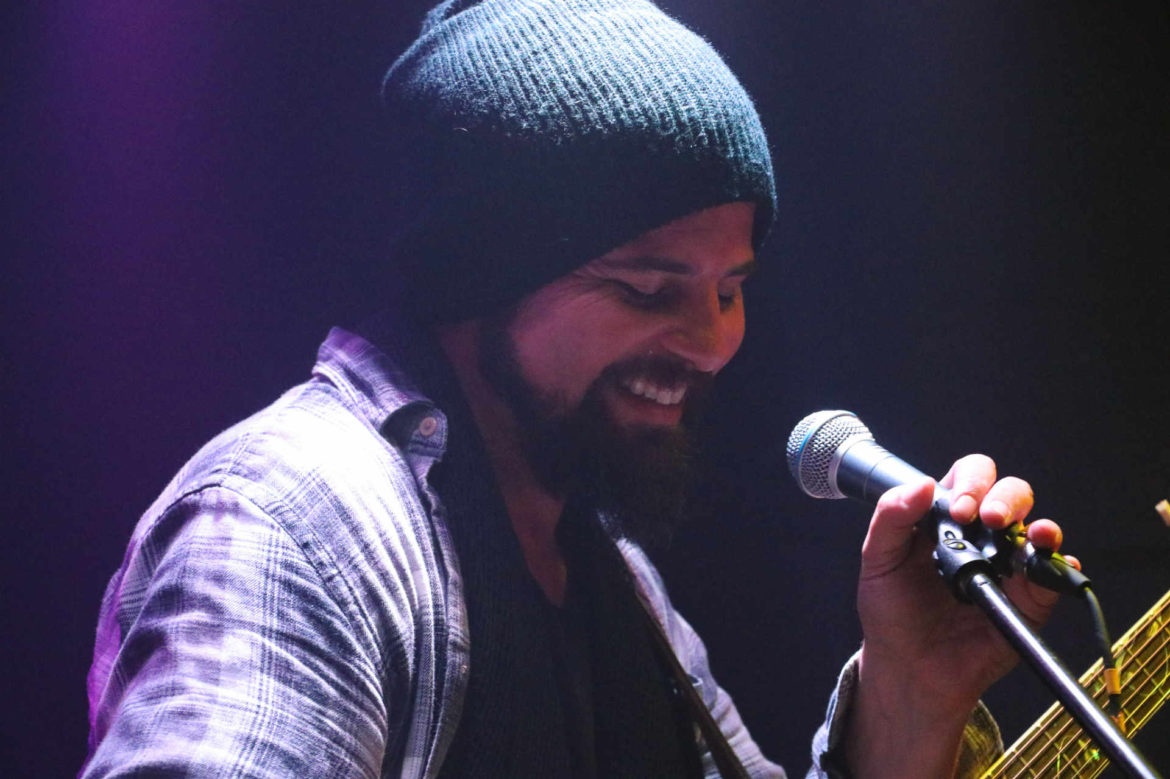 When I joined the Create Change team not too long ago, I’d never been to an East of Eli show. Sure, I’d listened to his music but had never seen a live performance. I’d been told that an EOE performance isn’t a typical concert, but rather it’s an “experience”. Having just returned from the UK EOE Meta Tour, I now understand what everyone was talking about. Wow!

This tour was especially meaningful because it was the first one produced by Create Change as part of our official partnership with EOE. It was also the first time that each performance was in support of a local or national charity, made even more significant because each charity was nominated by our Create Change community members. A portion of all ticket and merchandise sales, along with contributions collected at each show, was donated to these charities. We have a very generous community to be sure – but more about that later.

Sneaky Pete’s in Edinburgh, Scotland was the venue for the kickoff “experience”. Prior to the performance there was a meet & greet with VIP ticket-holders, each of whom was given a beautiful Create Change lanyard and VIP badge, perfect for writing uplifting messages and collecting signatures from Nathan as well as from friends, old and new. Each person had an opportunity to visit with Nathan, individually and in groups, and it was my special pleasure to take photos of each fan with Nathan which gave me a chance to visit with everyone as well.

After visiting with the VIPs, the performance kicked off with a rousing version of “Child’s Play”, with great accompaniment from Mika Fineo on drums. After several more songs that had everyone dancing and singing along, Nathan slowed things down for a moment. He shared a story about a fan he’d met a while back at a show in San Diego, CA. During that show, while performing “The Siege”, he made eye contact with her and felt an immediate connection, walking over and giving her a hug. When the song ended she asked Nathan if she could talk with him, proceeding to tell him that she’d been considering suicide but having recently listed to “The Siege” and its powerful message she decided to come to the EOE show that night instead. What a moving story about the significant impact music and art can have on people. Nathan reminded us that we are all specially and uniquely made, and also that we are a community. We need to be there for each other and we need to encourage each other – and ourselves – to “carry on”, an important lyric in “The Siege”.

Before launching into an acoustic set, Nathan introduced Amy Ford from Edinburgh Children’s Hospital, the night’s sponsored charity. This hospital does so much good work, with a focus on healing and letting sick children be children first and patients second. In fact, Amy mentioned that they actually employ “play therapists” to make hospital stays less stressful for children and their families. But it’s not just about that. According to Amy, studies show that children actually heal more quickly when joy and playing is emphasized as part of their treatment. 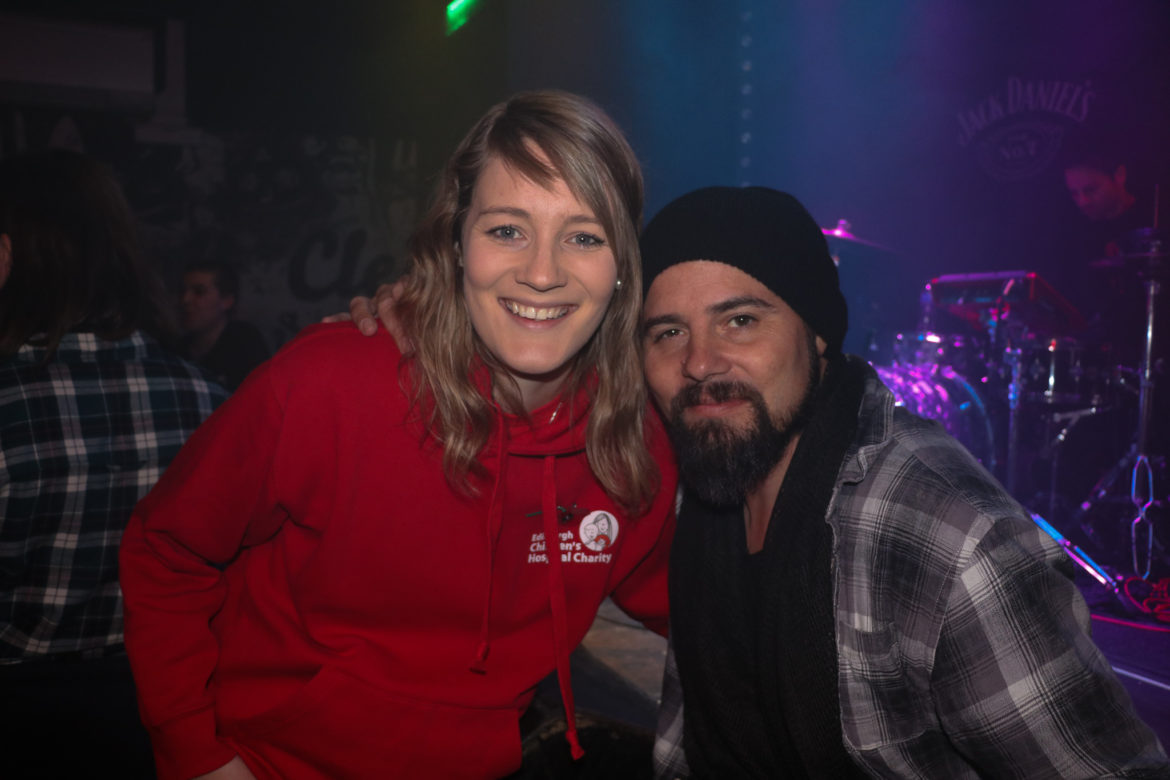 Music, fun and community are guaranteed highlights of every EOE Experience. We thought about how we could take the experience to the next level, and decided to make giving back a more specific part of the EOE Experience, highlighting and financially supporting specific charities at each performance. We’re incredibly proud that our Create Change community has enthusiastically embraced this latest addition to the EOE Experience, and The Edinburgh Children’s Hospital was a perfect first selection for this new approach .

I think it’s safe to say everyone had a great time on this first night of the EOE Meta Tour, and at the end of the performance on a very cold night in Scotland we all left Sneaky Pete’s, happy and satisfied.

After a terrific first night in Edinburgh, we were up bright and early the following morning to start our journey to Newcastle, England, the site of the next EOE experience, which would also include attendees from the originally scheduled Sunderland show. We decided to merge these two performances into one due to the close proximity of the two locations to each other. We were fortunate to have plenty of sunshine during the drive, making for a nice trip with lots of pretty sites along the way. Arriving at our destination in the late afternoon, we headed over to Head of Steam, the venue for this night’s performance.

The VIP attendees were invited in for the soundcheck and then got to spend some time with Nathan, who once again made a point to visit and take pictures with everyone. It was great to see some of the same friends from the Edinburgh show, as well as lots of new ones. I quickly learned that people travel from all over to attend an EOE experience. In addition to locals, there were attendees from Germany, France, Finland, Switzerland, and even as far away as Australia. 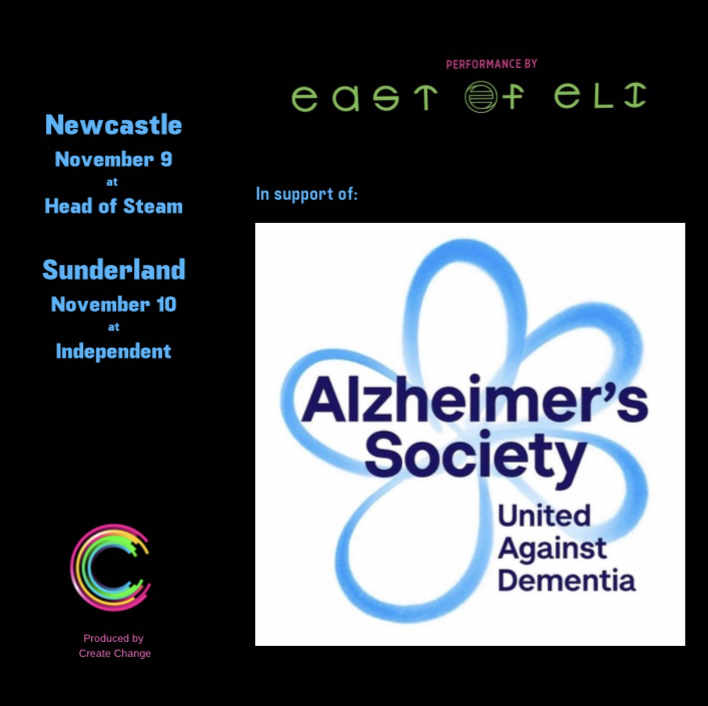 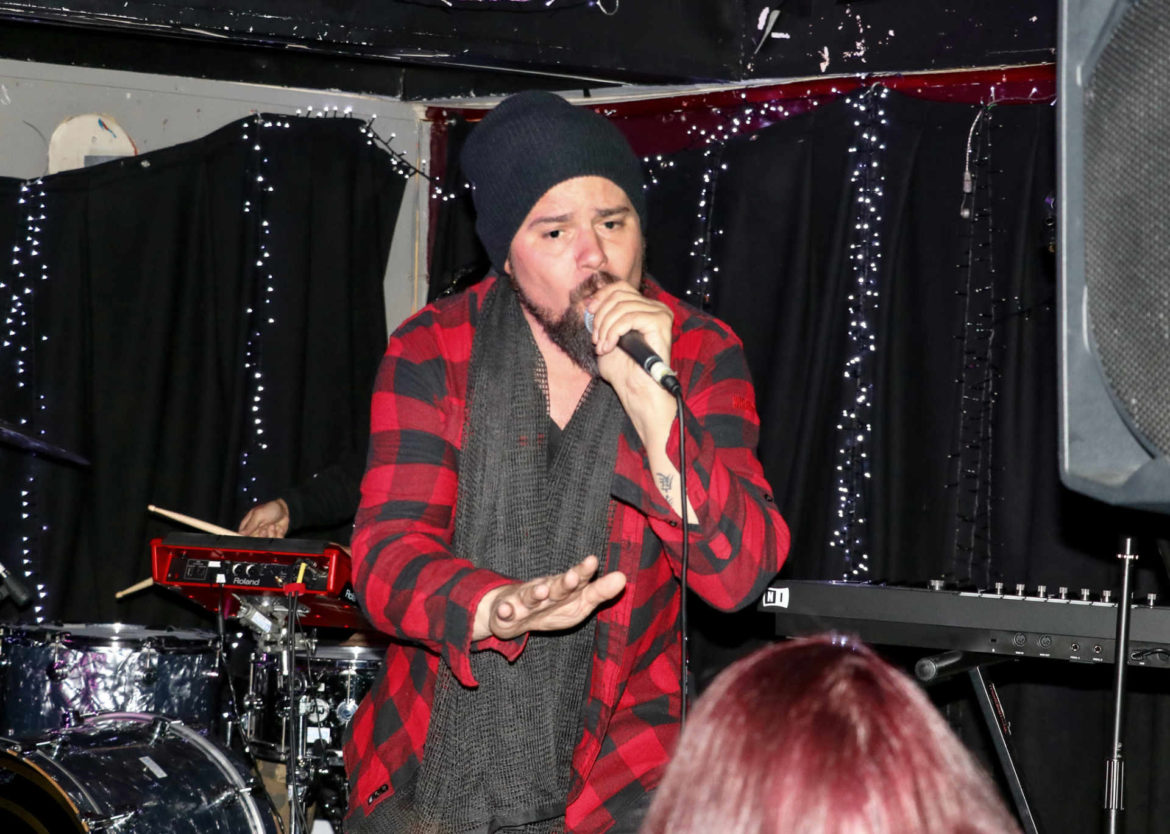 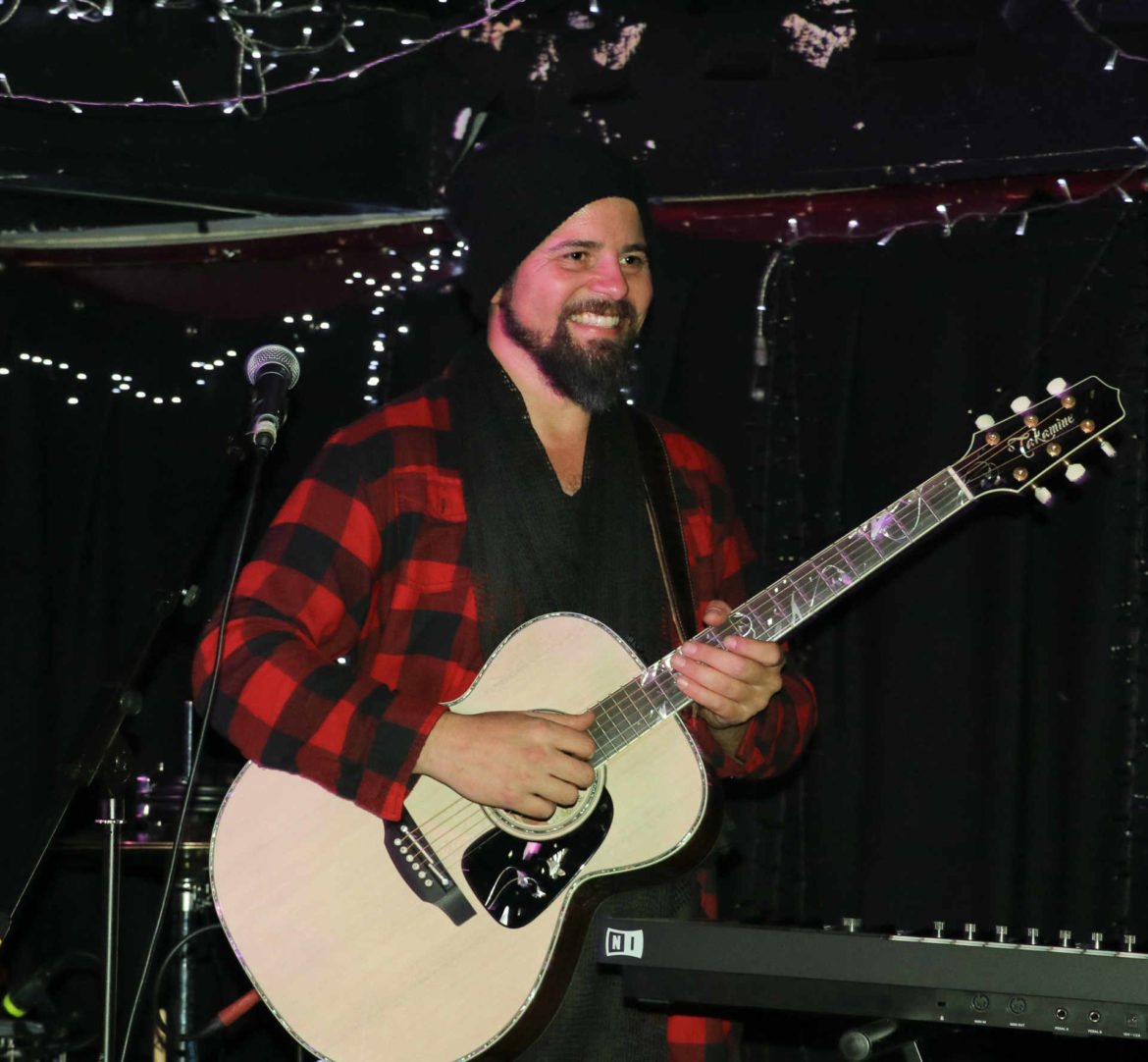 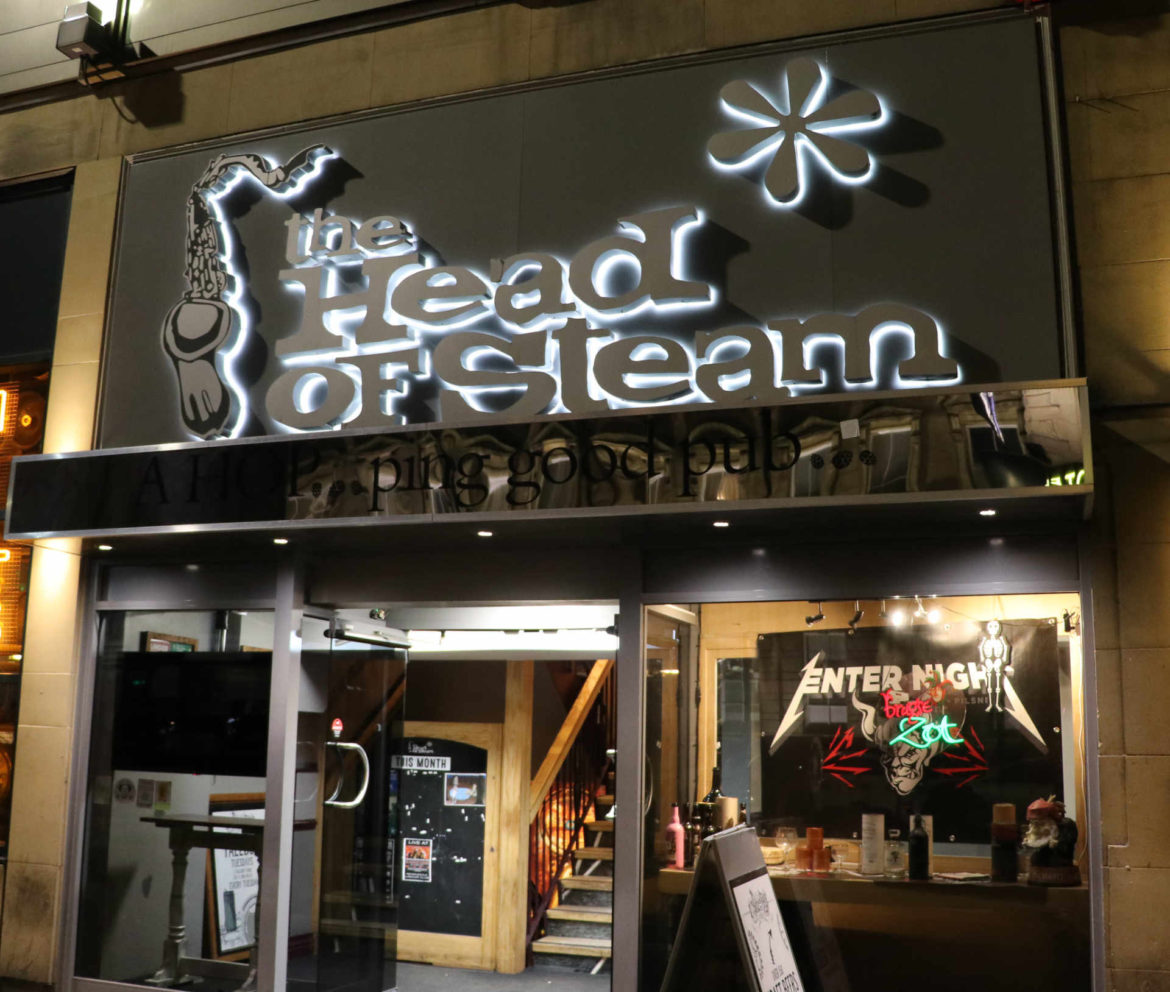 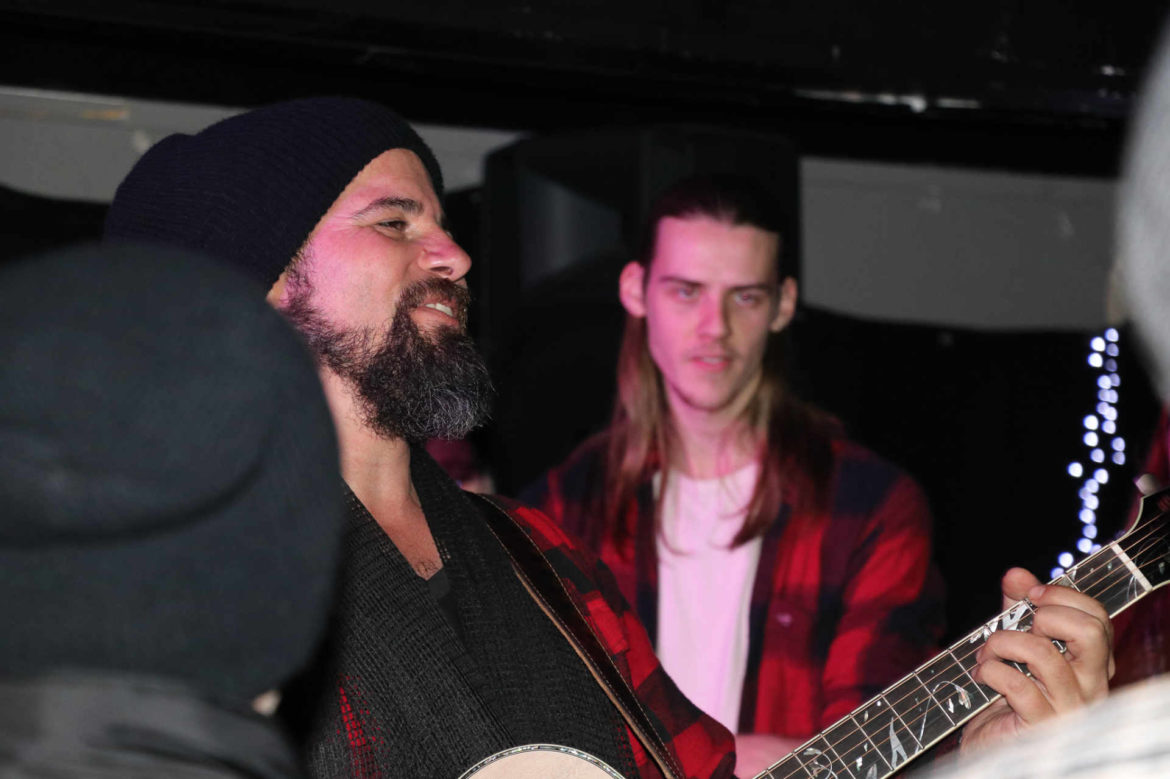 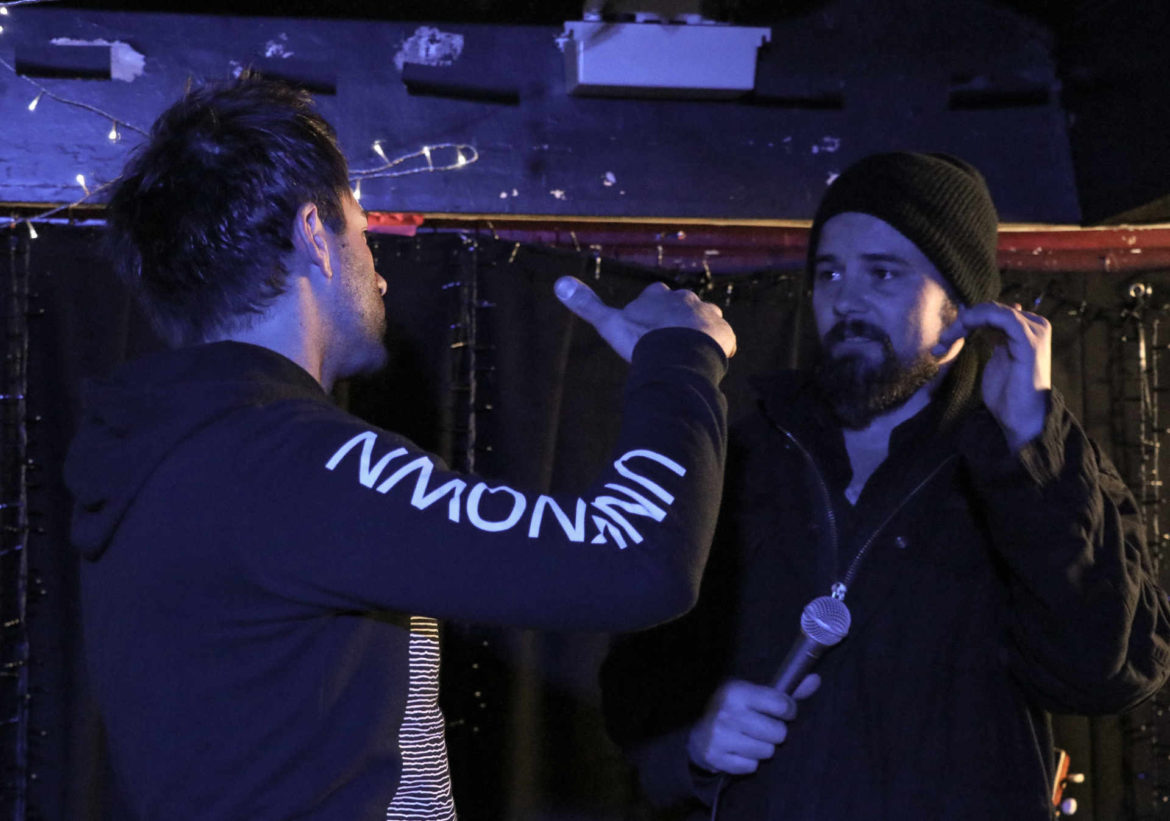 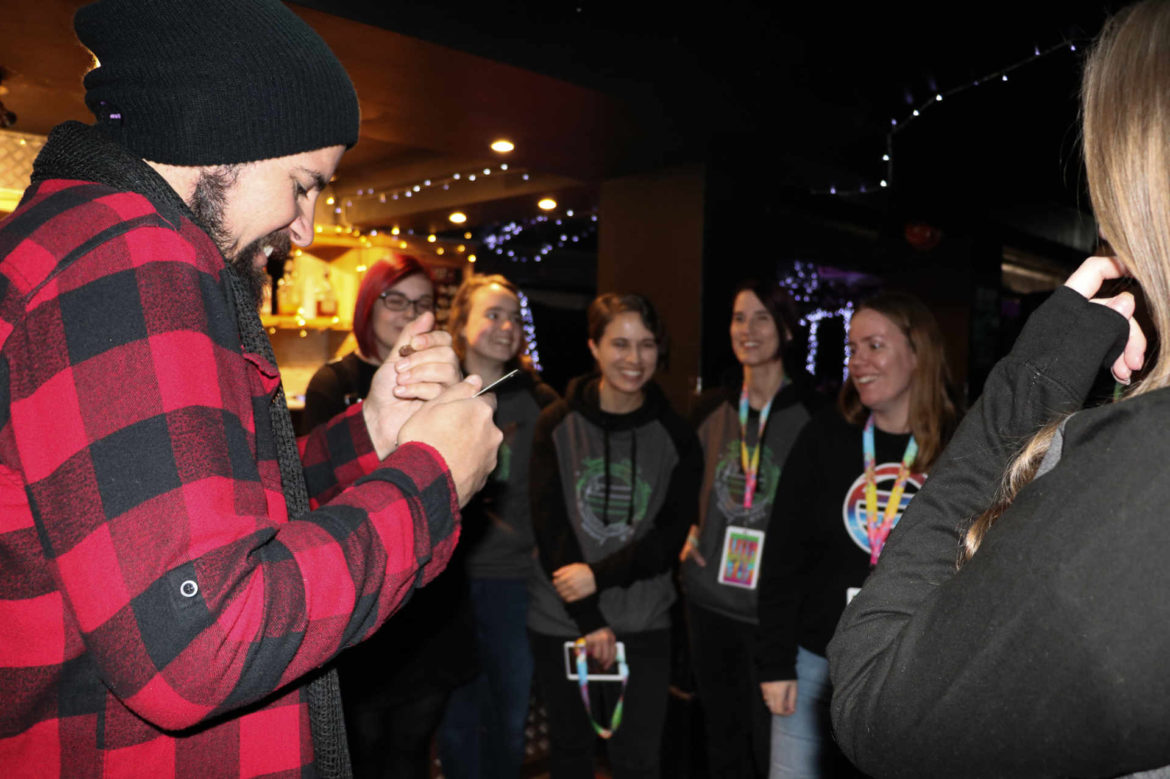 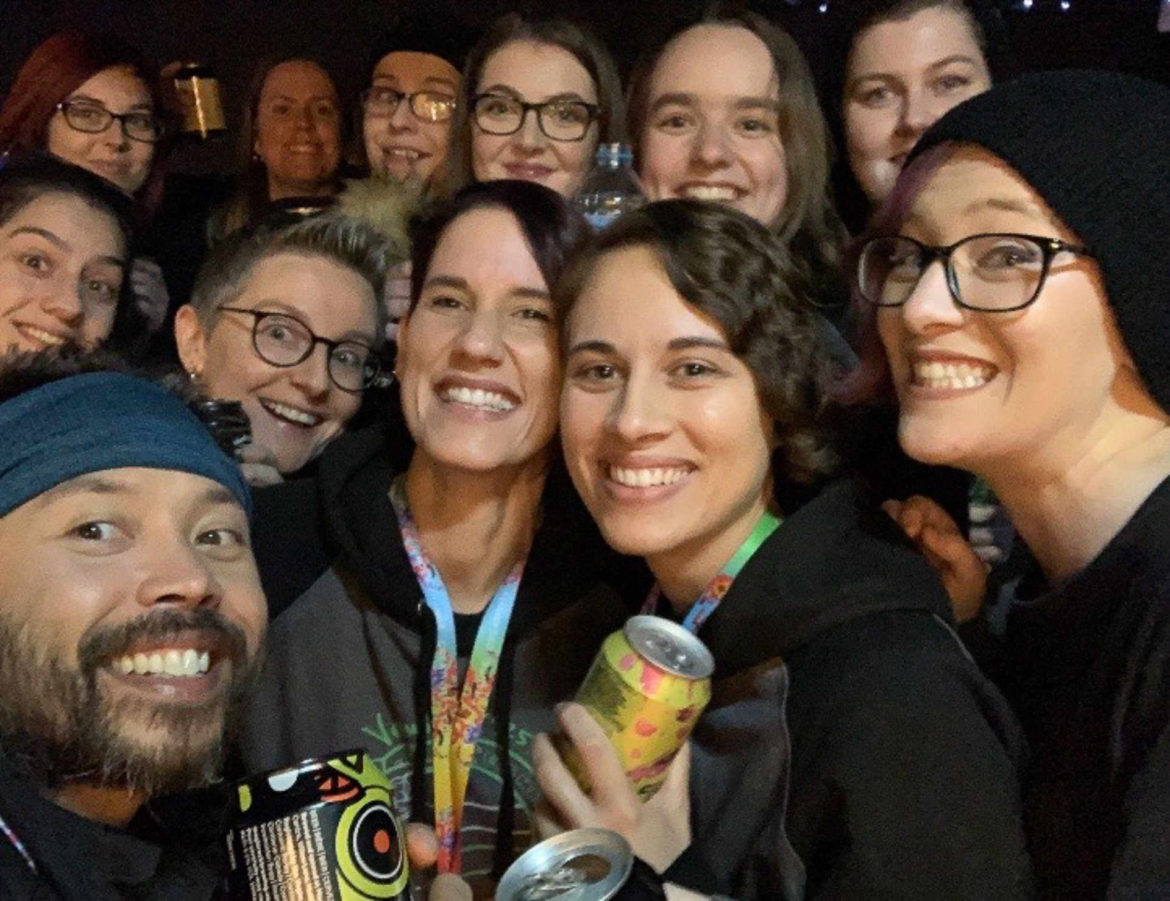 We were thrilled to see that our tour merchandise, including EOE/Create Change hoodies, t-shirts, beanies, stickers and badges, among other items were proving to be quite popular. This was especially important because, as with every performance on this tour, a portion of all sales (including ticket sales) was being donated to charity. Speaking of which, tonight’s Newcastle performance was in support of the Alzheimer’s Society. Dementia is the UK’s biggest killer, with someone developing it every three minutes. The Alzheimer’s Society provides funding to find a cure, and works tirelessly to support those afflicted, believing that nobody should have to face dementia alone. They are everyday heroes.

After another great night of music and community, we packed up and headed back to our lodgings for the evening. Newcastle is a lovely and charming area and we were fortunate to spend a part of the following day wandering about, taking a long walk along the beautiful coastline before hitting the road again. 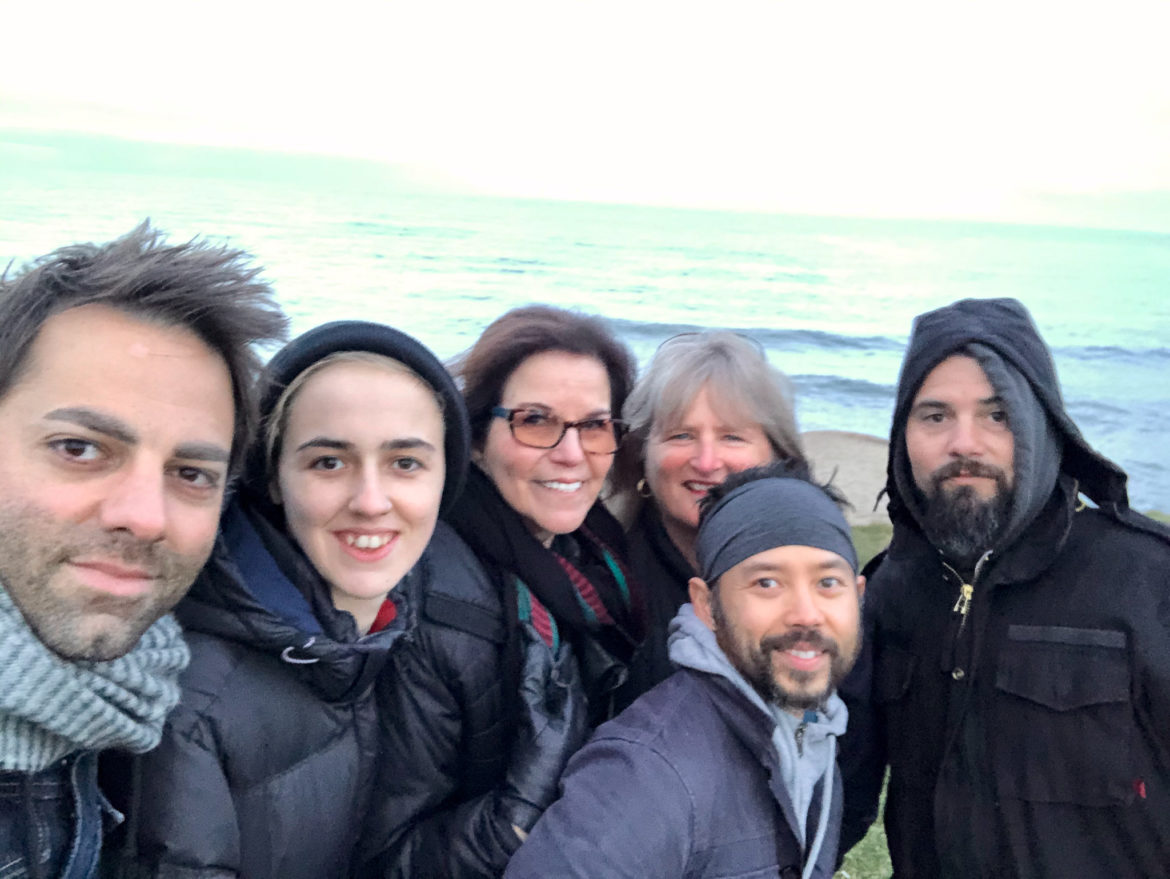 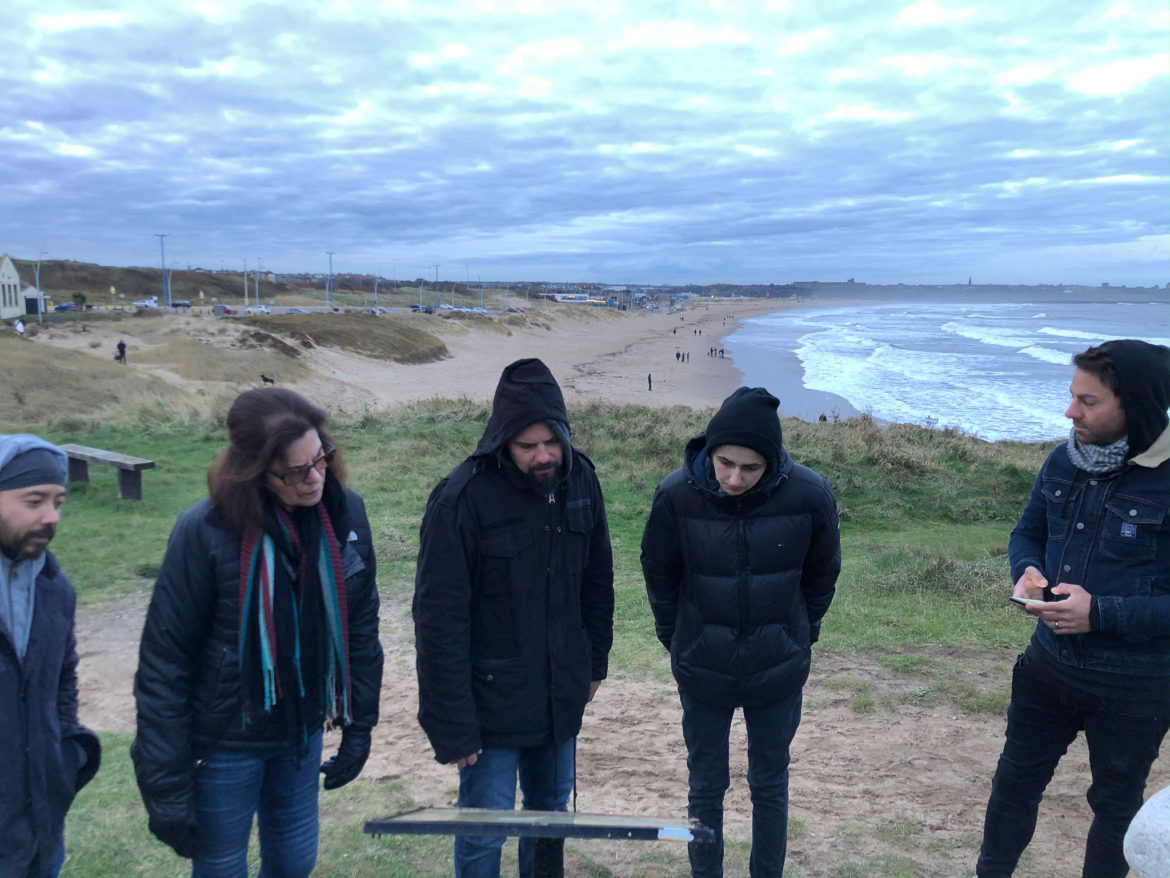