Henry Cavill is known internationally for his portrayal of Superman in Hollywood movies. Henry isn’t a superhero because he plays Superman. Henry is inspiring because he is socially conscious and channels his passion in ways that strive to make the world a better place. Henry has taken on the Durrell Wildlife Park and Durrell Wildlife Conservation Trust as official charities. Durrell’s mission is to save species from extinction and its headquarters and the Durrell Wildlife Park are located in Henry’s native island home of Jersey in the Channel Islands. Durrell’s conservation field work is conducted throughout the world including places such as Madagascar and Mauritius.

“In conservation the motto should always be ‘never say die’”
—Gerald Durrell, The Aye-Aye and I

Gerald Durrell, OBE was a British naturalist, zookeeper, conservationist, author and television presenter. He founded what are now called the Durrell Wildlife Conservation Trust and the Durrell Wildlife Park in Jersey in 1959. He wrote many books based on his life as an animal collector and enthusiast. Recently an excellent 6-part television series called The Durrells based on Gerald Durrell and his childhood on the Greek island of Corfu in the 1930s was broadcast in the UK and US.

Gerald Durrell was passionate about animals and devoted to conservation his entire life. Gerald’s wife, Lee McGeorge Durrell, MBE is an accomplished American naturalist, zookeeper, television presenter and co-authored several books with Gerald. Their tangible passion for saving species from extinction has inspired generations to embrace Durrell’s special mission. A diverse group of volunteers from all walks of life, living in different parts of the world and with various skills work as a team to achieve a common purpose that is bigger than themselves. Well-known individuals such as The Princess Royal, Sir David Attenborough and Henry donate their time to ensure Durrell’s mission. I myself am a Durrell volunteer and am proud that our collective efforts have contributed to ensuring that several species are still alive today including the Orange-tailed skink, Pygmy hog, Ploughshare tortoise, Black Lion tamarin and Livingstone fruit bat

Henry not only dedicates his time in support of Durrell but he also joined the crusade to save the Livingstone fruit bat by adopting Durrell’s own ‘Ben the bat’. The pup was the first Livingstone fruit bat to be born in 2016 across the worldwide captive population. Durrell is one of only three institutions that breeds this species in captivity.

Fruit bats play an important role in the regeneration of tropical forests, acting as both pollinators and seed dispersers for many plants. Livingstone fruit bats are vital to the health of the forest of the two islands on which wild populations are found, Anjouan and Moheli in the Comoros archipelago. Sadly, there are less than 1,000 of these giant bats left in the wild. Today Durrell’s colony stands at 44 and this captive population helps to ensure that there is a safety net population for the species.

What is inspiration? Inspiration is sparked by a feeling that moves you to act on something you’re passionate about. Inspiration gives an individual the confidence and drive to take action knowing that great things can be achieved. Inspiration is powerful and has the ability to turn all of us into superheroes.

I can trace my inspiration to help Durrell’s mission back to a trip to western Canada and Alaska that I took in 2015. It was a part of the world I had always wanted to visit and was fortunate to get the opportunity to go on this trip of a lifetime. What I didn’t expect once there was to be so deeply moved by the natural environment in that part of the world. On a trip from Vancouver to Vancouver Island a family of itinerant whales followed alongside our boat breaching and playing with each other for miles. On my visit to Whistler I was overwhelmed by the vast and pristine Canadian Rockies in front of me. I rode the Alaska Marine Highway with otters and whales as fellow travellers. Nothing prepared me for the almost spiritual splendour of the everchanging Glacier Bay. It was at that point in the trip I knew I would not return home the same.

This trip changed me. I was inspired to do conservation work and took action. When I got back to my adopted home Jersey I signed up to volunteer at Durrell. Volunteering starts at home and I happened to live on the same island as the Durrell Wildlife Park and the Durrell Wildlife Conservation Trust headquarters. I contribute my computer skills to projects and prepare meals for the Livingstone fruit bats and tamarins on the weekend. I can report that ‘Ben the bat’ is doing well and he is happy that Henry was the first person to adopt him.

You don’t have to be famous or highly-skilled at something to make a difference. Any simple giving act in your own home or local community cascades into making a large global impact. We need to harness our inspiration and embrace our own power in order to transform the world.

Superheroes come in all shapes and sizes and can be found everywhere. Inspiration unlocks our superpowers and confidence to use our unique personal skills to make a positive difference in the world. When inspiration is the driving force the impossible can be achieved. Be open to inspiration because its power can make superheroes out of each of us.

Ben is doing very well along with the rest of the fruit bat colony here at Jersey Zoo. We’ve spoken to his keeper Ed to find out about his progress:

‘He is quickly becoming an independent bat, he feeds in one of the busiest areas well away from mum and is managing to hold his own. This will change as he grows, some of the more dominant bats may move him on but he is taking full advantage of the situation for now. Come night time he still returns to mum Claudia to roost and can be found under her wing at morning check’

Sadly Ben’s cousins in the a Comoros Islands are under severe threat from some of the highest rates of deforestation seen anywhere in the world. Durrell, with your help, are working to support local partner Dahari, by providing invaluable training and field support, helping them to instigate a program of reforestation and community engagement that will change fortunes for the long term – for the bats and islanders alike.

To find out more about running with Henry in The Durrell Challenge please visit
www.doitfordurrell.com 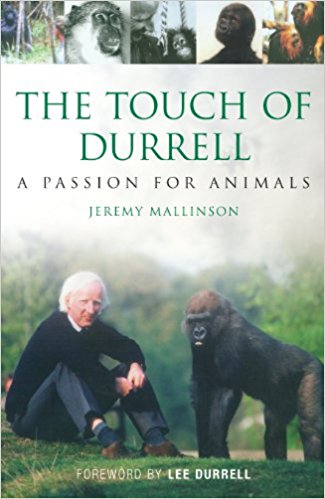