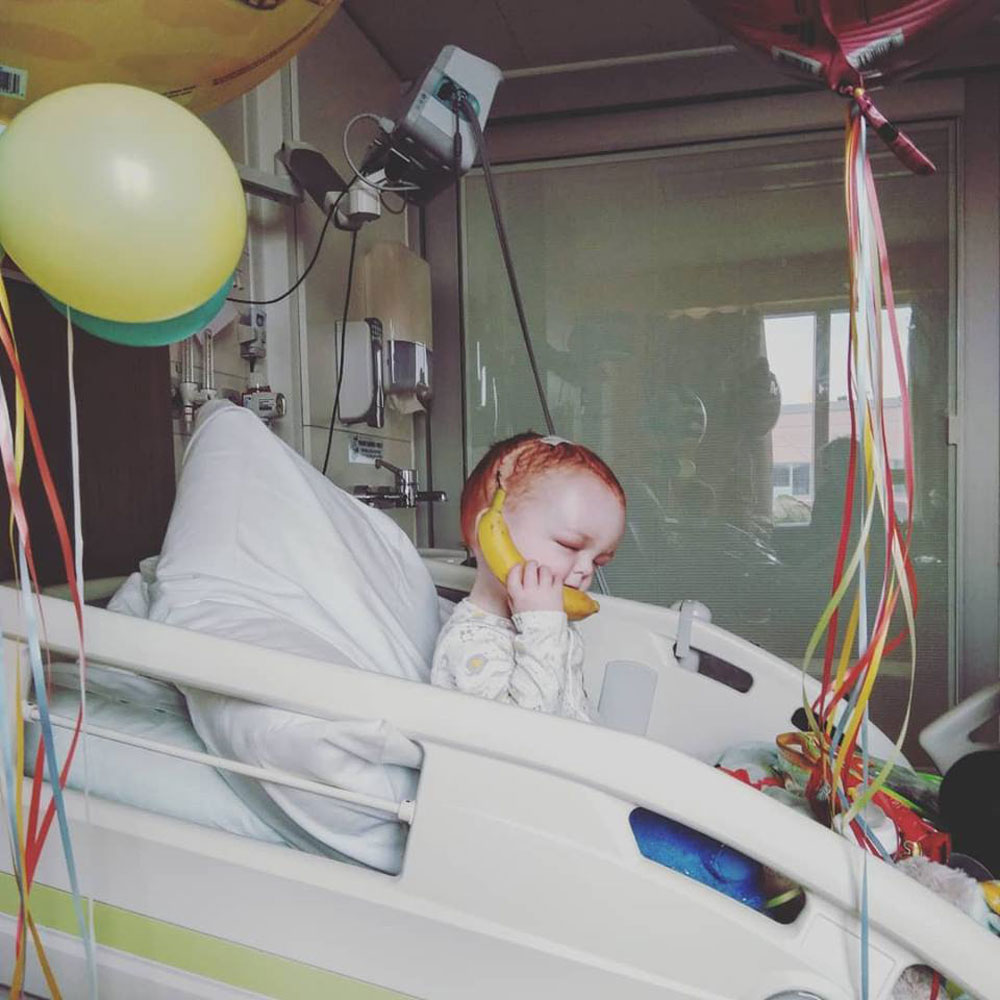 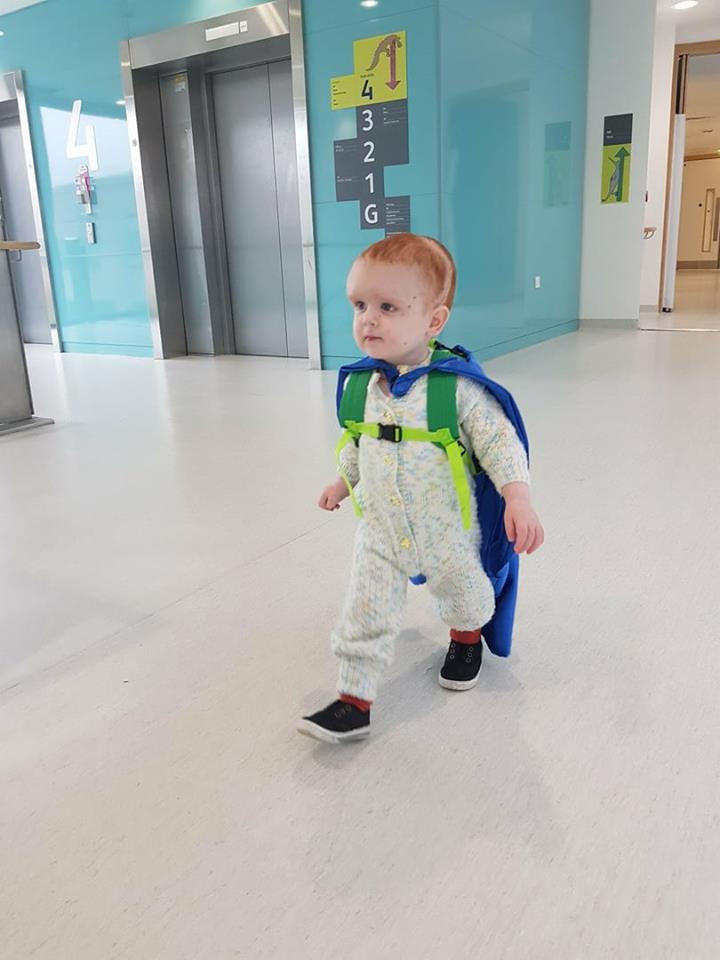 Post operation Rowan heads back to the hospital for check up, proudly wearing his FAB 4000 cape. 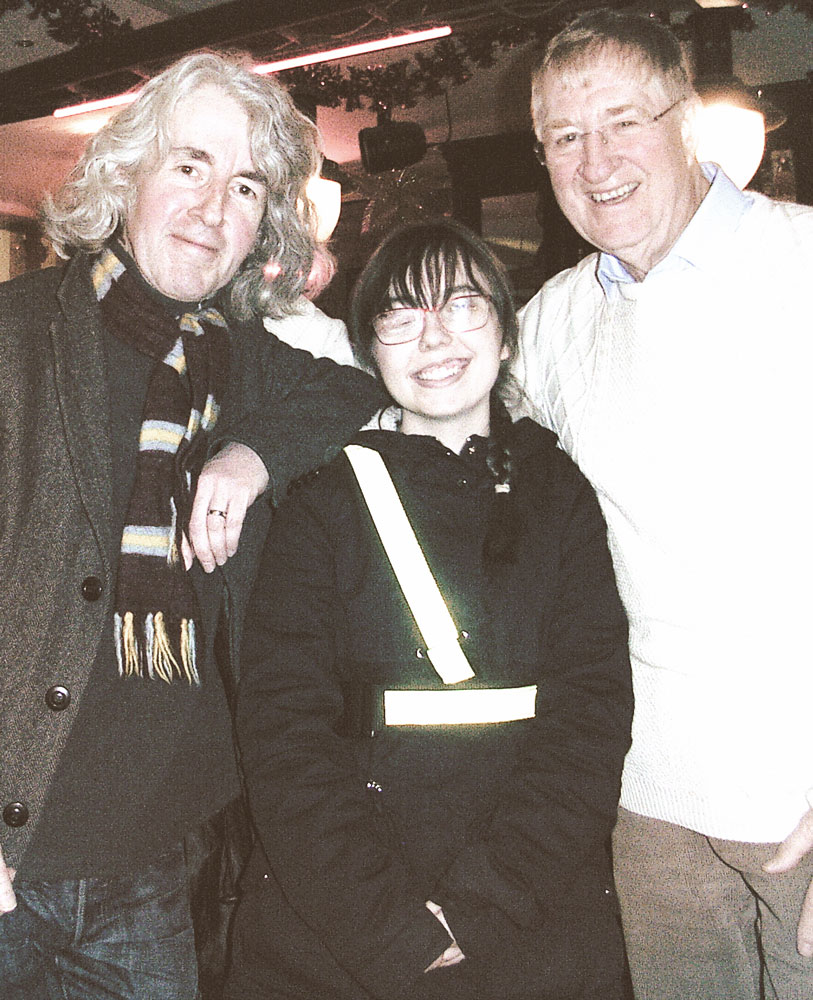 Tim Quinn, Jayne Massey (inspiration and leader of The FAB 4000), and Robin Baynes, creator of the charity Liverpool Heartbeat. 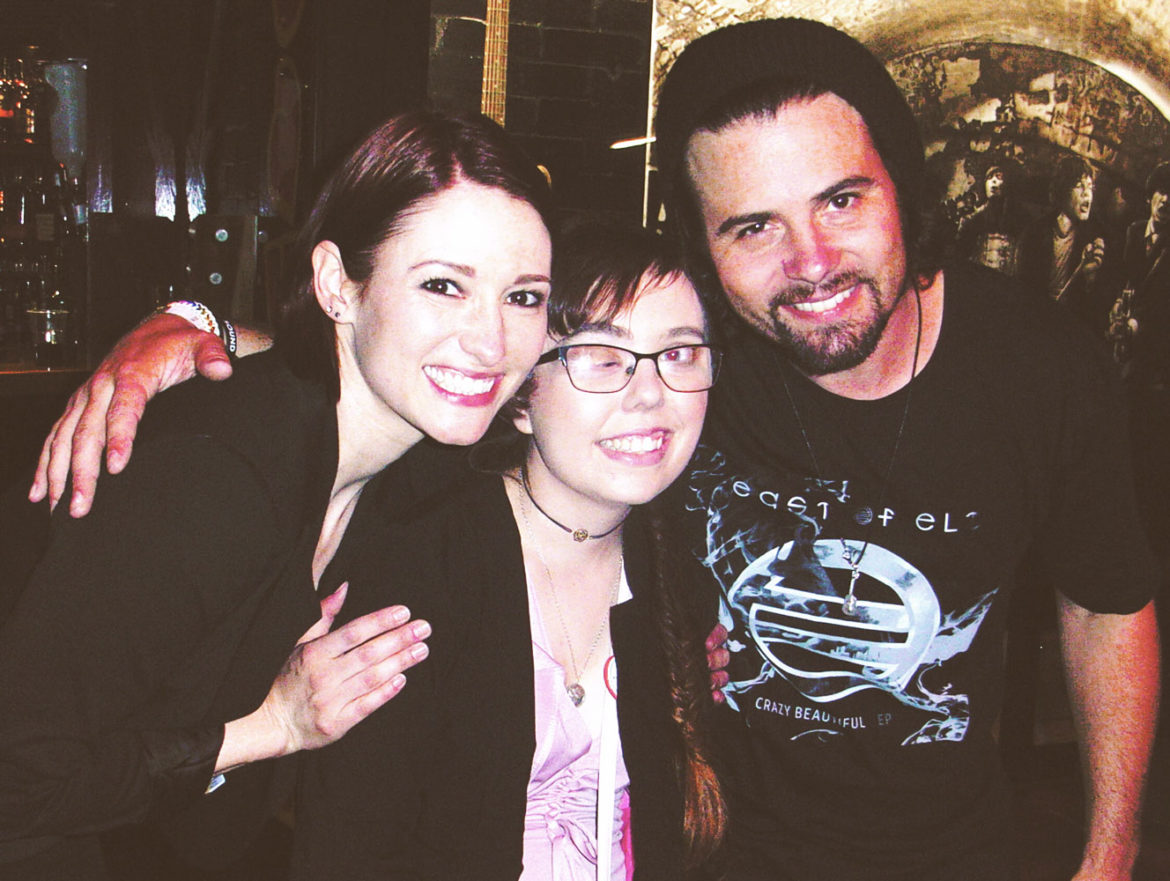 Two familiar faces with Jayne, leader of The FAB 4000.

‘What’s it all about, Alfie?’ was a hit song of the Sixties. And it is a question I have often asked down the years especially whenever I’ve encountered anyone with the name Alfred. But I seem to have been asking it a lot since the dawn of this century. I have felt out of step and, at times, surplus to the requirements of this strange new age. More and more I have come to view myself as the apt description given me by the Immigration Dept when I first relocated to work in the US many decades ago: Tim Quinn – Resident Alien.

I started to suspect that it was just age catching up with me when my coping mechanism for listening to any politician of any political party talk for more than 3 words had me reaching for a sock full of manure. They could talk and talk and talk but they never said anything. And the media seemed to play along with them and give them daily coverage to spread their grey nothing across our beautiful planet. What was going on? How had this happened?

This state of affairs continues to happen to this very day as I type. This month saw the young people of the US rise up to march to create change in the ridiculous 200+ year-old gun laws of the country. Common sense took to the streets. It was a positive, inspirational and highly moving sight. The power of youth. Uplifting to the spirit. So how was this extraordinary event covered across the media? Oh, it was mentioned…briefly, before a return to the more standard coverage of Brexit, Russia, and yesterday’s football results. Are you kidding me?! This event was earthshaking and historic and the BBC and other broadcasters gave it mere moments of airtime. Tune into Facebook and the internet and it is everywhere. We the people see its importance more than the politicians and media moguls. Those young marchers said more in two minutes than any politician has in the last 100 years. They spoke with heart and soul as true human beings rather than following a robotic party line.

How do The FAB 4000 fit into all this? That’s a good question and I’m glad I asked it. Under the circumstances, a super-hero team might seem a little light, frilly, childish even as a kickback against the cloud of scurvy gloom that seems to have a hold of the Earth. Childish? No. Childlike? Absolutely! And I will support that any day. And so, a quick recap on the origins of the FAB 4000 and the direction they are heading in today and tomorrow. I had worked for Marvel Comics for many a year, having grown up with their books back in the early Sixties when the heroes were a lot less dark and gritty than their present day selves. Hey, it was the Sixties and we were all having a good time! Recently I had got a bit cheesed off with all the sombre, deadly serious storylines and characterisations of my favourite heroes. Get a grip, guys and girls, you’re wearing skintights, masks and capes, for goodness sake. See the funny side!

And then, one day, just over a year ago, I walked into a school for the blind in Liverpool and met a real life super-hero. Her name was Jayne Massey and, together with her seeing-eye dog Witney, she reminded me just how cool people (and dogs) can be. Despite her obvious handicap, Jayne was involved in various schemes helping people less advantaged than herself all around the globe. One thing led to another, and before you knew it, we had come up with the idea for The FAB 4000. The concept is simple as can be. We are all born on this planet with the potential to be a super-hero. You don’t need to be born on planet Krypton or be bitten by a radioactive plum. All it takes is to care for humanity and our beautiful planet.

Word of the comic came to the ears of Chyler Leigh and Nathan West. The timing was spot on. They were launching their Create Change site and we most certainly were all thinking along the same lines. In a nutshell, we are all keen to make this world a better place in any way possible…from tiny ways to huge ways. And so I leapt on board the good ship Create Change.

Meanwhile, that leader of The FAB 4000, Jayne Massey and Wonder Dog Witney, had left school and gone out to make their mark on the world. Jayne is determined to work in the acting world and is currently attending a Liverpool college with that intent. Every time we’d meet up she would ask, ‘What next for The FAB 4000?’ Another great question but I didn’t know the answer. There needed to be a purpose behind the team. A reason for being. It wasn’t like working for DC or Marvel where you could just turn out story after story. Creatively, The FAB 4000 are us. You, me, everyone. A bright idea to remind us of our potential in our own universe. We can be great. We can be Super!

And then, a few months ago, I bumped into a fellow Liverpudlian named Robin Baynes. Now Robin is a true super-hero. For many years he has been running a charity called Liverpool Heartbeat that helps house the homeless and creates opportunities for children across the region. Amazing chap. Robin suggested I put a comic book together for Liverpool Heartbeat. He wanted the comic to tell the story of a member of The FAB 4000 going back in time to discover the tale of Liverpool’s very first super-hero who lived back in the Victorian Age (this is based on a true story). Jayne and Witney would be the obvious FAB 4000 members to send back in history. Over the last few weeks I’ve been working closely with fellow cartoony guy Russ Leach on turning out this highly dramatic tale of daring-do. As the book neared completion we added the final piece to our jigsaw and decided that profits made from sales of the comic and any associated badges, t-shirts or posters would be donated via Liverpool Heartbeat to Liverpool’s world famous children’s hospital. You can’t beat a cause like that! Just in the last week, dear friends of mine have taken their 18 month son into the hospital as he was born with a condition called craniosynostosis. He is at this moment recovering from major surgery to reconstruct his skull. I cringe as I type those words but luckily the super-heroes that are the surgeons, doctors and nurses of the hospital have just got on with their daily job ensuring the little lad, Rowan by name, will have a happy, healthy and long life ahead. A fabulous extraordinary place and one we are all very happy to support via The FAB 4000 and Liverpool Heartbeat.

Our plan is to also immediately enrol all children who have surgery at the hospital as members of The FAB 4000. They will receive a comic and badge and knowledge that they are now a super-hero.

Where do you fit into this, oh mighty reader? At every step, of course. Quite frankly, I want to reawaken a positivity across our city, country and planet. I want us to realise we can all be a force for good. I want us to march together no matter which country, religion, rock band or political party we might support. I want us to shine on like the stars and the moon and the sun as members of the world’s largest super-hero team. I want to have to change the title of the team from The FAB 4000 to The FAB 40,000 and then to The FAB 4,000,000. I want us to do good stuff. Simple stuff like rake the leaves off the old lady’s yard next door. Believe me, you will feel even better than The Avengers defeating The Infinity Sock! And feeling good generates even more good feeling that will grow and grow into an overwhelming force. And I want you to post your own super-heroics and problems too right here on this site and on our Facebook page. Let our community of friends cheer each other on along the long and winding roadway. Together we can change the world for the better even when there seems to be a bunch of dopes running the joint! Our timing is perfect as today is always the most important day in your life! Today we make a better future.

The brand new FAB 4000 comic will be available to order from May 2018 along with badges, posters and t-shirts that will automatically enrol you as a member of the world’s largest super-hero team. Stay tuned and contribute to all pages with your thoughts, hopes, wishes, photos, drawings, and spirit.

REGISTER TO BECOME A MEMBER TODAY AND SUBMIT YOUR OWN ARTWORK AND MATERIALS ON SELECT SUBMISSION TOPIC.