I have been fascinated and engrossed in films for as long as I can remember. Even as a child I knew I wanted to make movies. At six years old I remember seeing my first film in a theater. It was Dr. Dolittle. Shortly after that I saw the Godzilla movie, DESTROY ALL MONSTERS and PLANET OF THE APES. I was hooked and I wanted to make movies with monsters, disasters and fantasy. By the time I was about eight or nine, I was regularly watching Creature Feature late on Saturday nights and the 4PM matinee every day after school. These were on Channel 10 out of Rochester. We only had three channels, 8, 10 and 13. No Youtube, no cable, no streaming, no DVD and even VHS was yet to arrive on the scene. My films were limited to what I saw on broadcast TV and the two movie theaters were about 25 miles from my small town. Many days on the 4PM matinee they’d play old movies that did not interest me and I’d change the channel to cartoons. If I didn’t see a monster in the first few minutes, it was carton time. Movies were my entertainment. That’s how I consumed them. That’s what they were to me. If I wasn’t entertained, I changed channels. I had yet to understand the transformational power of film, let alone the craft and art of filmmaking. All that changed with the convergence of two events in my young life. One was film related, the other was life related.

“When Scout utters it and Atticus reacts as he does, I knew it was not a good thing. And as the film played out I was given my first and the most formative lesson on race that I have ever had.”

That watershed, filmic experience came on the 4pm movie matinee. As I plopped down in front of the television hoping for a monster movie or at least some action and adventure, black and white credits with soft music began to roll. It wasn’t looking good. Then I saw a cigar box of wonderful treasure… crayons, a harmonica, a pocket watch, an Indian Head Penny. Children’s treasures. This was not the kind of movie that generally interested me, but I was immediately drawn into it. Especially when the young characters Scout, Jem and Dill appeared. They were kids like me. This of course was To Kill A Mocking Bird. And I remember full well that first time I saw it and the spell it cast on me as a child. It impacted me in ways I could not yet understand as a nine year old. Atticus Finch was larger than life to me. He was soft-spoken, thoughtful and on the side of right. The life lessons he imparted on Scout, he imparted on me. He was talking to me. I wanted to climb into the TV and move in with Finch Family! I wanted Scout and Jem as my brother and sister and Atticus as my father. Don’t get the wrong impression, I had a wonderful childhood in my small town, but I wanted to be part of that world, where Atticus explained things in ways I could understand. This was also the first time I can recall hearing the word “nigger”. When Scout utters it and Atticus reacts as he does, I knew it was not a good thing. And as the film played out I was given my first and the most formative lesson on race that I have ever had. And it came from Atticus Finch and To Kill A Mocking Bird. A short time after seeing To Kill A Mocking Bird, the life event occurred; it was the first time I ever met a black person my own age. It happened on the sidewalk in front of Mack’s Branch Store. This was a place where we kids hung out, read comic books, bought candy and generally lingered when we didn’t want to go home. It was nearing the end of the summer and my friends and I were out front of Mack’s drawing on the sidewalk with colored chalk. I was drawing monsters of course. As I stood up to admire my work, two black kids, walked quickly past us and into the store. A boy and a girl. My friends and I looked at each other, questioningly. Finally someone said, “Who are they?” I wasn’t sure. “Where did they come from?” I certainly didn’t know.

You have to understand that there were no black people in my small, Upstate New York farm town. I had little to no exposure to black people save for the occasional student at the local college. And black kids? Never. I’d never been exposed to prejudice or see it play out in my town. For the most part I’d been insulated from the tumultuous sixties by this quiet little village. The Civil Rights Movement, Vietnam, the assassinations. These things were barely on my radar. My parents limited what news I watched, but movies were okay. So the only thing that went through my mind when I saw these kids was Atticus Finch and To Kill A Mocking Bird.

As my friends and I traded theories as to who these kids were, they came back out with their candy and sodas. We all looked at each other. The little girl held her older brother’s hand tight and whispered something in his ear. All of us went back to drawing as the boy stepped closer and watched us. He was probably about my age, his sister, who hid behind him was a few years younger. I kept drawing. Kept to myself. Didn’t engage. Not because I had anything against these kids, but because they were unknown and foreign to my friends and me. They just weren’t like me. I kept drawing my Godzilla. They kept watching. I wished they would just leave. But then I thought about Atticus and what he might have counseled me to do. I knew I shouldn’t be ignoring them. But what should I do? I didn’t know. I thought about it as I colored in Godzilla’s eyes. They probably don’t know what to say either. Atticus would want me to say something… but what? So I did what I always do. I talked about movies. “Do you like monster movies?” And so it went. We talked about monsters. I told them about the one that lived in our lake. They didn’t believe me. We talked about our favorite monster movies. Before long we were talking about everything and they were coloring the sidewalk with us. We learned that they were children of migrant workers who’d come to the area to help pick apples and do seasonal farm work.

I saw the chalk dust on their black legs and hands and thought how different they were from me. I heard them both laugh as the little girl tried to color her brother’s face and I thought how much they were the same as me. And I saw them smile and play… here… with us and I was thankful for the lessons Atticus Finch had taught me.

“Drawn to it, I stepped up on the porch and sat in the porch swing where Atticus had sat with Scout. I sat there so long, I missed the van back to the upper lot, but it didn’t matter.”

Years later I saw the film again, projected in 16mm in my 9th grade English class and I read Harper Lee’s novel. I was moved all over again. It was one of the films that pushed me to Hollywood to become a filmmaker. I snuck into director Robert Mulligan’s office on the Fox lot and got his autograph when I was a freshman. And While attending film school at USC I took a job as a tour guide at Universal Studios where To Kill A Mocking Bird had been filmed. As we began our tour guide training, we would wander the back lot to memorize all the sets. Near the end of one long day, I walked around the curve of one small lane and saw the Finch’s house for the first time. Drawn to it, I stepped up on the porch and sat in the porch swing where Atticus had sat with Scout. I sat there so long, I missed the van back to the upper lot, but it didn’t matter. In the fading light I sat there thinking about the film and I understood finally what that film meant to me and what it had done for me.

I wondered what might have happened had the order of those two childhood events been reversed. What if I had met those kids before I’d seen To Kill A Mocking Bird. Likely I would not have spoken to them. I would have kept to myself, safe from engaging with the unknown. And that formative moment in my life would have played out very differently.

The 1962 Trailer for To Kill a Mockingbird

The Opening Title for The Kill a Mockingbird 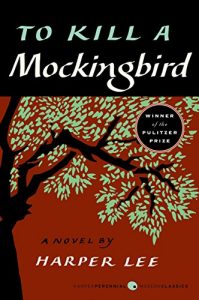 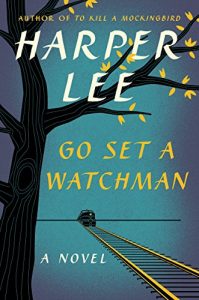