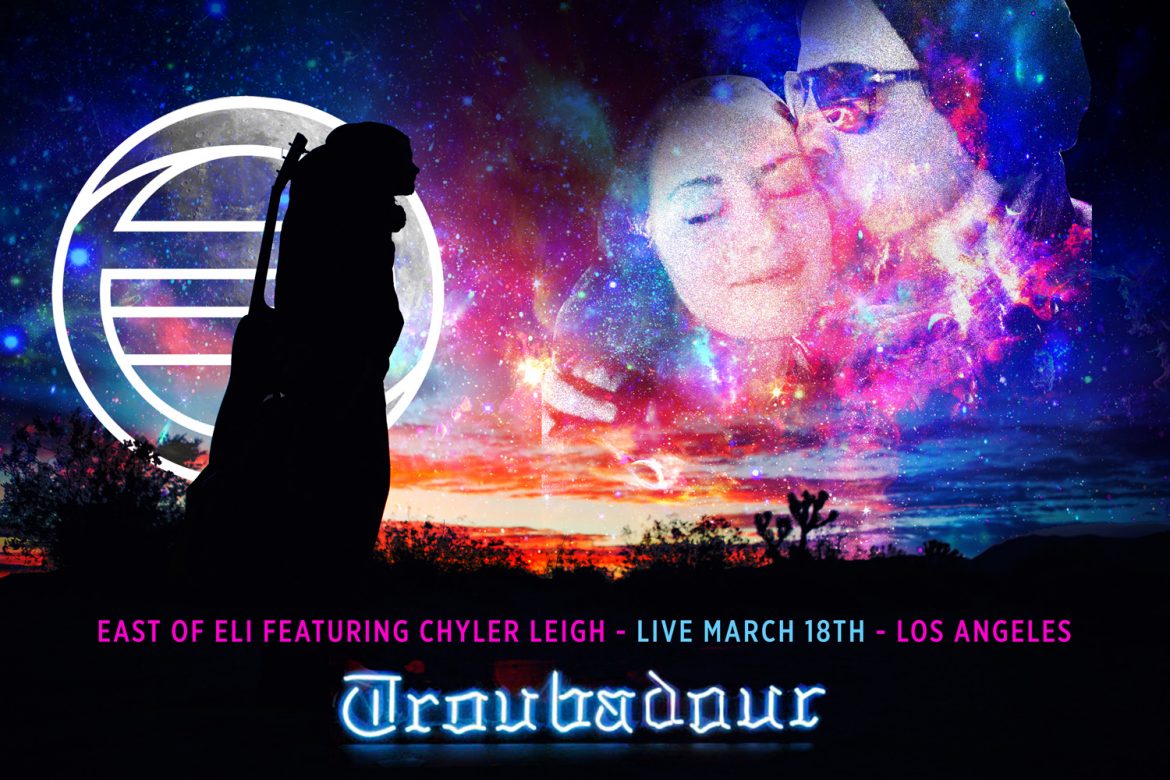 East Of Eli kicks off the 2017 Lost Transmission Tour at The Troubadour (9081 Santa Monica Blvd, West Hollywood, CA 90069-5520, United States). Joining him on that night will be his wife and famed actress, Chyler Leigh (Grey’s Anatomy/Super Girl) to take the stage and perform the newly released single, “Nowhere” off the Lost Transmission LP. They will also perform the original WestLeigh track “Love Lit The Sky”.

Doors open at Saturday, March 18 at 7:30 PM. Get your tickets here. Get directions to The Troubadour here.

Interviews and reviews for East of Eli below:

“I would have to say the album is rooted in my personal experiences over the past 3 – 5 years of my life, but it also speaks to my future self. I’ve really come to see my music and artistry as the better part of who I am. I know that might seem a little confusing, but it’s really quite simple. As an artist you are always exposed to the criticism and opinions of others, which is difficult for most because we all want to be accepted. I struggled with that for years, but then somewhere along the way, I realized that the music I create is more than just about the music. It’s about the journey, not the destination.”

“East of Eli has spawned a remarkably moving folk/pop piece here that embeds itself in the mind and refuses to withdraw. The adept singing skills of West and Leigh combined with the absorbingly ethereal instrumentation will undoubtedly allure a large listenership..”

“We find ourselves going a couple of weeks sometimes without really having a chance just to connect. When I was writing ‘Nowhere,’ that’s what I was thinking about. While I was thinking of her she was thinking of me. It’s special because love knows no boundaries.”

“Gazing upon the luminescent night sky where the stars take center stage, standing out in perfect contrast against that seamless black curtain, I became transfixed by the absolute brilliance before me. A hue of violet trailing off the end of a more prominent neon red. I watched it spill toward the earth, like wet paint down a blank canvas. Before me in the dead of winter… the majestic northern lights.”

Eli tells his story, chapter-by-chapter, in the new narrative series ‘Chronicles of Eli’ on Create Change.