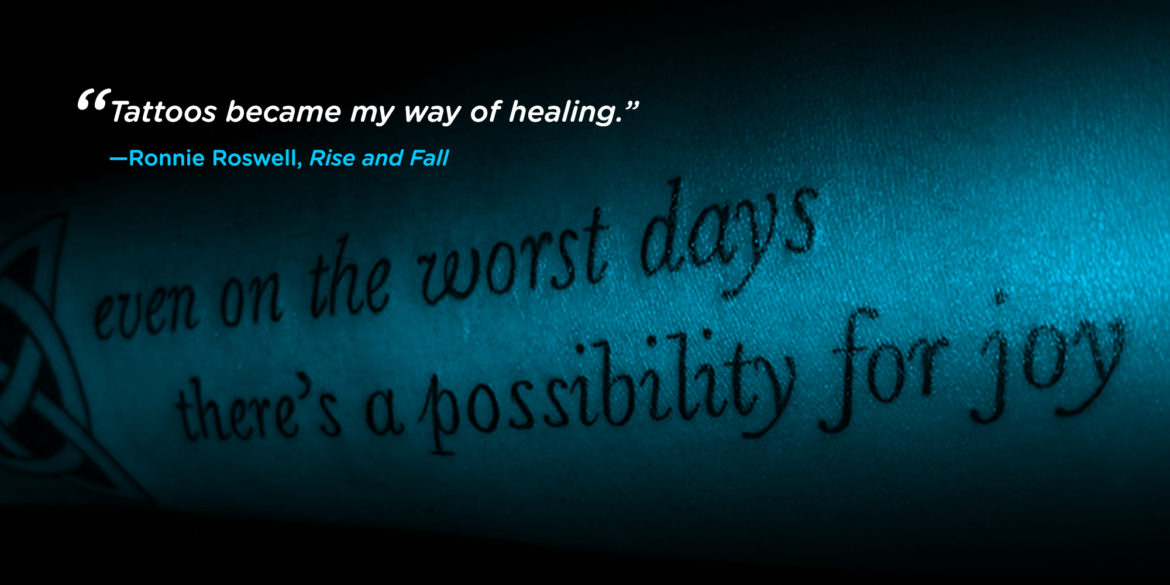 Trigger Warning: Deals with the subject of self-harm.

“I may seem crazy or painfully shy. And theses scars wouldn’t be so hidden if you would just look me in the eye. I feel alone here and cold here though I don’t want to die but the only anesthetic that makes me feel anything kills inside.”

These are just partial lyrics to the song “Cut” by Plumb. It’s a song I’ve always related to. She describes perfectly what it’s like to experience self-harm behavior. There are many out there who know the negative stigma that comes when discussing mental illness or MI. While I suffer from various MIs such as depression, generalized anxiety disorder and bipolar 1 disorder, the one that has always defined my struggle has been self-harm.

Self-injury has been a part of my life since I was twelve years old. It wasn’t until I was eighteen that I began to cut, a behavior that stemmed from my depression and anxiety. I saw it as my only way out, something which I could finally control.

That’s what it’s like, feeling the need to control something when everything else around you is crumbling and you can’t seem to grab a foothold. It feels isolating almost as if people on the outside have it all together, and there you are struggling just to get by. Upon the act itself endorphins kick in, giving that pain a much needed feel-good feeling – and that’s when the addiction comes in, part of it anyway. On the outside, to those not in our shoes, they can’t seem to grasp the idea of feeling high from feeling pain, yet it makes sense to those of us dealing with self-harm.

For a long time I was proud of my scars. They were battle wounds. Scars I’d won fighting against myself. Scars I was not ashamed to show the world. My dad is always pointing out this fact, which is why to him it doesn’t make sense that I would now cover them with tattoos, something he’s not too fond of. At the beginning I was going to stick with two tattoos. That’s just how I always pictured myself. I never imagined that I would get more. But, down the line I got to a point where I started to feel ashamed of my scars. It was getting to be where I couldn’t stand to see them. I wanted to wish them away and pretend I’d never hurt myself in the first place.

Tattoos became my way of healing. Here was a way I could turn something negative into something positive. Rather than seeing scars, I now see something beautiful and something that can be defined on my own terms. I’m winning – not my mental illness and cutting behavior. The scars may still be there but that’s what adds to the story. They are hidden underneath. They still exist but they don’t have to define me. My tattoos add a sense of joy, which is something I rarely feel since my MIs and cutting have been so damaging. This is a story with a beginning, middle and end. At the beginning I was proud of my scars, then I couldn’t stand them, and finally I can be happy looking at my arms because of the art and words I’ve chosen. 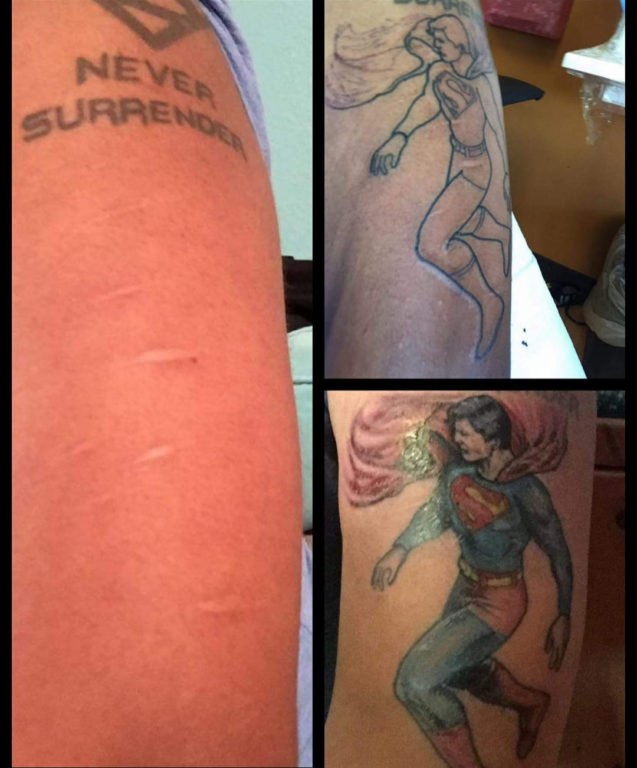 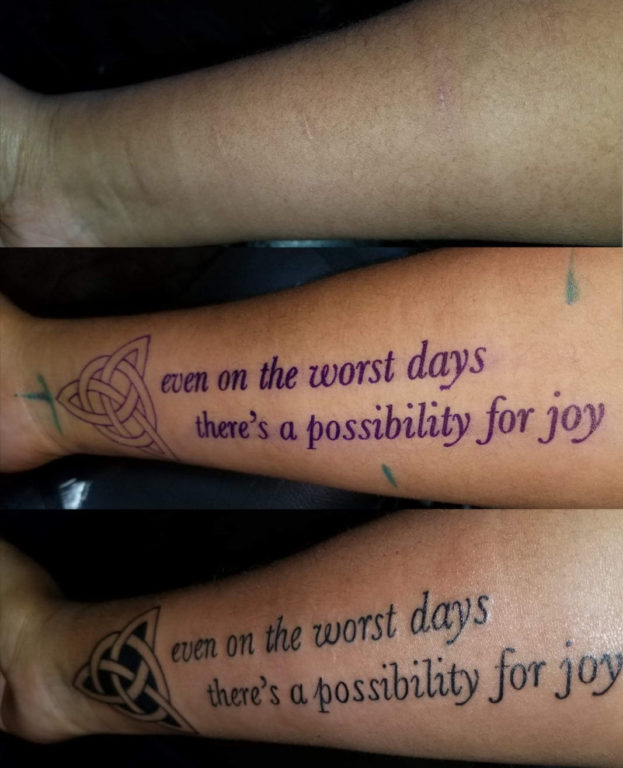 We all have our different stories and yet they are also similar. It’s easy to forget that there are others who struggle with the same issues, the same behaviors and similar pain, no matter how different their circumstances may be. In my own struggles I still continue to battle with cutting. It’s a game of tug of war, where I’m pulling on one end and my MIs are on the other trying to pull me back. Sometimes I win and other times I lose. Both are okay.

It doesn’t make you weak. Instead you can use the struggle as a sense of strength. Just knowing you’re making it through another day can be a relief. It may not be easy but it means you’re continuing to live. There are those of us who have battle wounds, be it mental or physical, that remind us we continue to fight. Living with MIs or living with self-harm, sometimes even both, is no easy feat. It can be exhausting to the point where you don’t even want to fight anymore. It takes a kind of strength and power you never thought you had.

Personally, my tattoos are a way of showing my fight. While I love all of my tattoos equally, there are lyrics from two songs, as well as a quote that I am particularly fond of:

Discussing mental illness is something I have never shied away from. My parents, sister and even cousins know what I deal with. I don’t hide it at work. Many know I’m on medication for my bipolar and anxiety disorders and they know about my cutting. The way I see it, if I can talk about it, then it could help others. I can give advice because I understand this subject so well. And,hopefully, like me they won’t be afraid of their own experiences.

Do you have a tattoo that has a special meaning to you? Please go to our FORUM and share your tattoo’s story. We’d love to hear about it!

The following article includes themes of suicidal ideation and images of self-harm. Sensitive readers may want to read a different article.