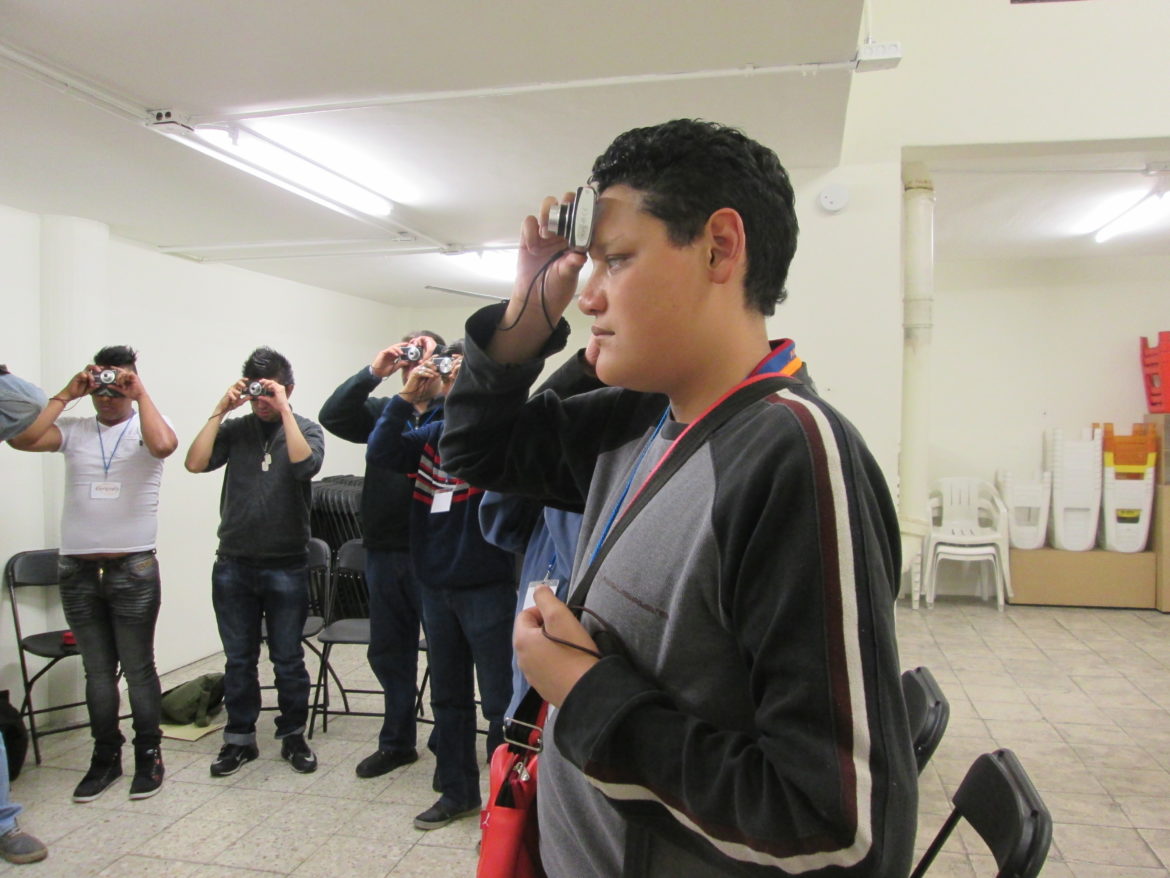 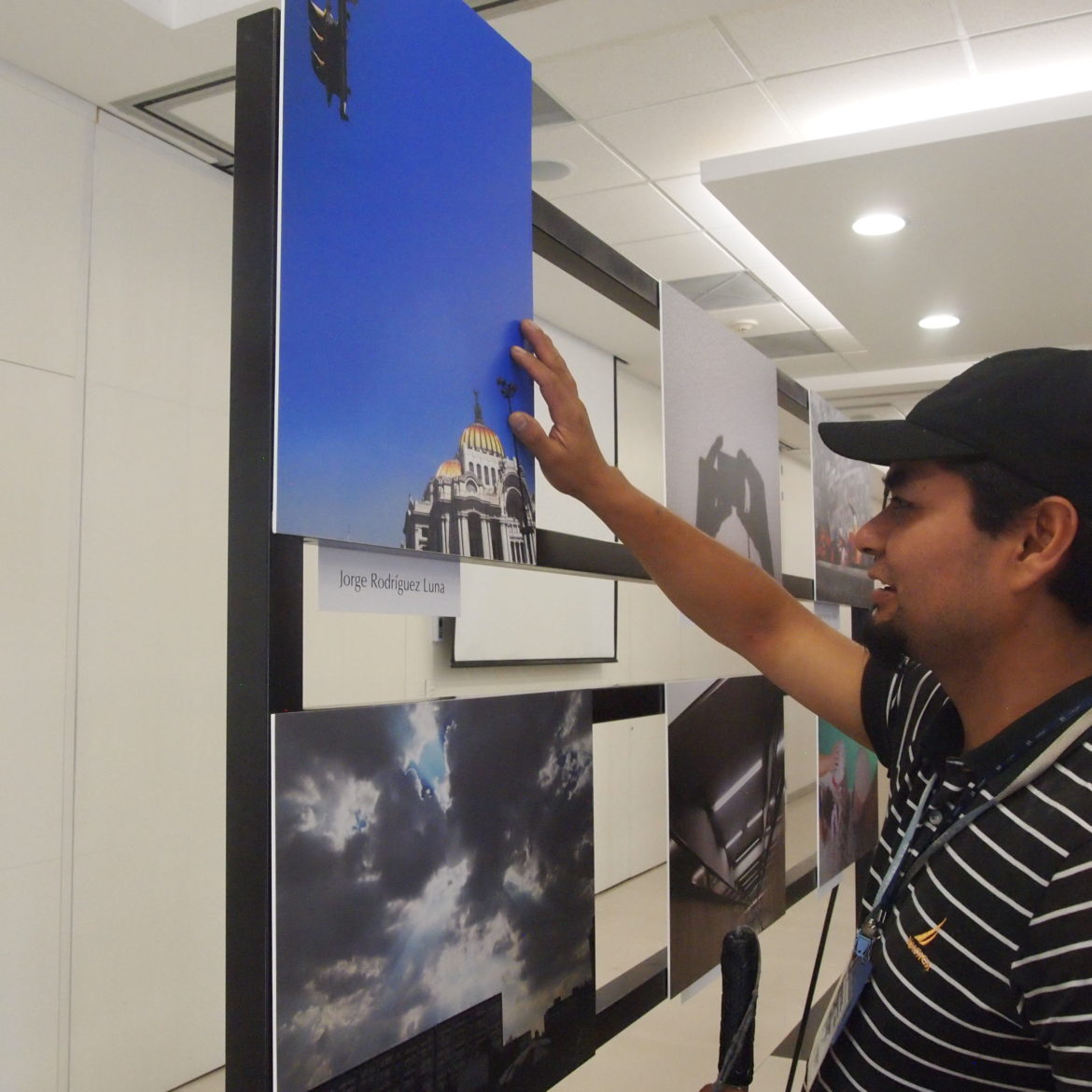 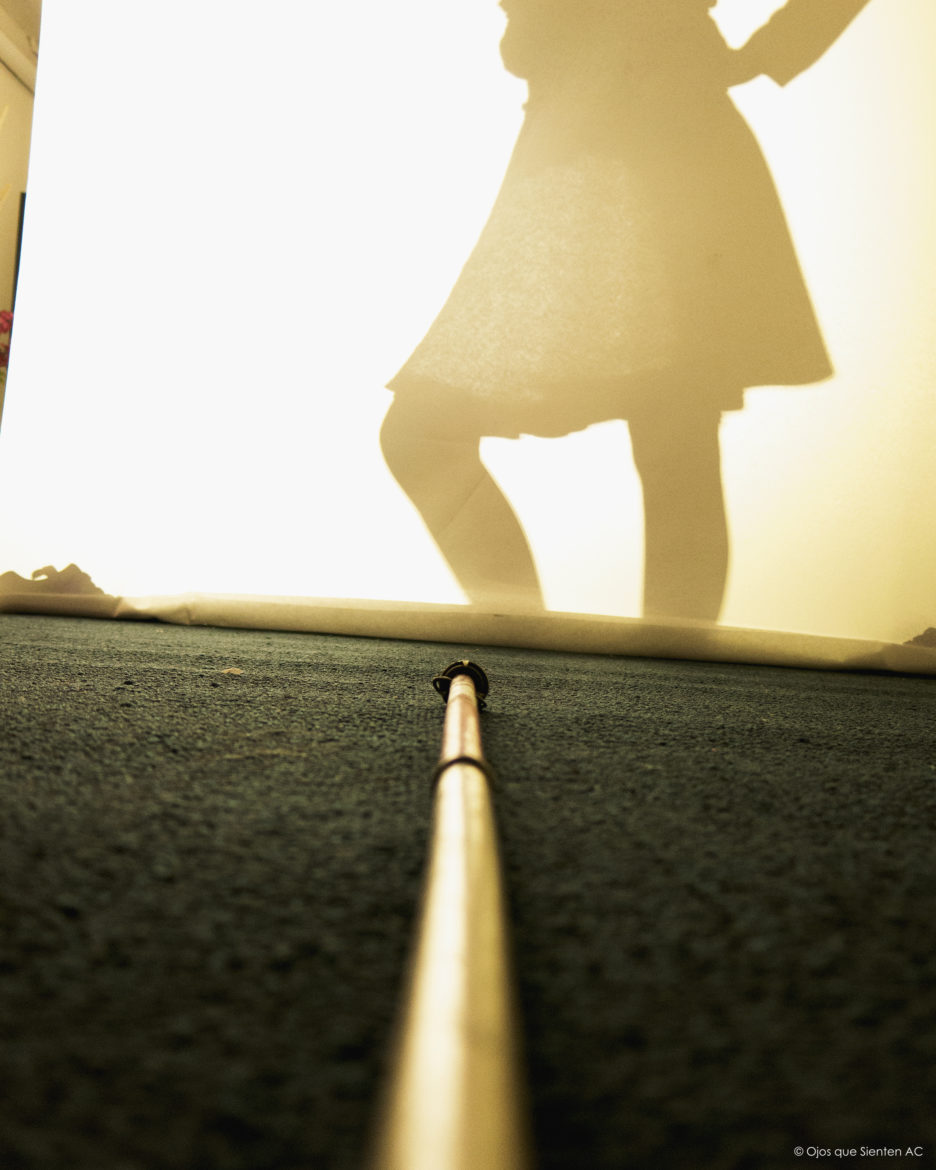 I´m looking at this photograph that I can´t fully understand. A bubble is randomly suspended over a bluish space that could either be the ceiling of a gym´s pool, or a lonely dusk in an unrecognizable Mexican landscape. I do not know if it was taken from down below or from above. Neither if the photographer, José Manuel Pacheco, shot a thousand times before achieving this benevolent abstraction of indecision, or if he just pulled the trigger in the exact second the bubble was having an inner argument between turning left or turning right. I´m clueless about what José might have been thinking at that moment, but this imperfect frame shakes me to the core.

The more I focus, the more imperfections I find, the more memories and sensations come to my mind; the more I accept them, the more I feel like smiling. Isn´t this the purpose of any art form? To communicate? To generate emotions? To take you to a different dimension? Isn´t this life’s purpose as well? Did I mention José Manuel is going blind?

Diagnosed with a degenerative disease some years ago, today he barely perceives a thick fog, some outlines, shadows and a little contrast. He can´t see colors, daylight hurts his eyes badly and sooner or later he will end up in almost absolute darkness. A recessive gene -unsolicited genetic heritage- was inherited by him by chance. However, the “why me?” question was replaced by “How can I focus on what I DO have?” a long time ago.

“Hi, I´m José Manuel Pacheco, I´m a photographer and I am blind”; definitely a punch to the ribs to all existing paradigms about visual impairment. But José is all that and much more. He also works as Sensory Experiences Coordinator at the same institution that made him hang a question mark above his supposedly fated destiny: “Ojos que Sienten” (“Sight of Emotion”). Founded in Mexico by Gina Badenoch 10 years ago, this association has been training visually impaired people to develop their full potential, generating social inclusion and employment opportunities.

Going back more than a decade, when Gina initially insisted in teaching photography to blind and partially sighted people, she was called crazy. Today I can confidently reaffirm that statement: she is. But she is beautifully crazy. The kind-of-crazy needed to break established statutes and skirt around human barriers questioning conventional methods in a creative and intelligent way. Through Sight of Emotion, Gina, her team and her students are giving the World not only an astoundingly sensible brood of photographers, but also common ground between people with disabilities and the rest of society. The latter, through different experiences offered to companies and individuals, such as sensory diners in the dark, awareness-building workshops or art photography expositions, in which “the disabled” becomes the guide and expert, and “the expert” experiences the need for guidance once he or she is partially deprived from his/her senses. During these instances, members and guests alike find themselves in need of sharpening their remaining senses so they can achieve what Gina calls “focusing on the ability of the disability”.

“This is not a philanthropic program, this is a talent generation program”

What Fabio Prado, Ex-President & CEO of Unilever Mexico -company that has already hired 5 Sight of Emotion’s students- said in this phrase couldn’t be closer to the truth. There are approximately 285 million visually impaired people in the world (the equivalent to Brazil and the UK put together) and, as logic dictates, there are many, many institutions devoted to training them in braille, the use of the white cane, special computer techniques and a wide deal of important matters, all strongly required to navigate a world designed by -and for- sighted people. A commendable and necessary task indeed, but it is not Sight of Emotion´s task.

What Gina Badenoch has built is a platform designed to help the visually impaired to develop their work skills and strengthen their emotional intelligence, so that they can be independent and productive members of society. The key? To focus in what you have instead of what you lack. Sight of Emotion achieves disassociation from any paternalistic patterns by demonstrating that it is not a foundation for the blind, but a foundation that works with blind people, promoting an inclusive society and a cultural change.

At barely 36 years old, this crazy photographer, this curious half Mexican half English lady who mounted her own revolution of the senses under the motto that blindness only exists in the mind, has already been awarded with the British Empire Medal (BEM) for her work with Sight of Emotion, and can proudly say that they have evolved to the point of being a self-sustaining foundation. Thanks to more than 160 sensory diners in the dark (in Mexico and other countries), 120 workshops and sensory photography expositions in renown places such as the Papalote and Franz Mayer museums, in Mexico, and the London City Hall in England, this institution has had an impact in around 500.000 souls, besides generating a great amount of employment for people that are blind or partially sighted.

Printed on the cover of “The Blind Photographer”, the same book where I found the photography described at the beginning of this article -and in which Sight of Emotion played an important role-, this quote by Stevie Wonder invites us all to rethink the scope of words like see, watch, observe and all those we limitedly associate only to what can be understood through the eyes. The proof of our mental myopia couldn´t be more tacit: A piece of art entirely constructed around photos taken by visually impaired people. Yes! We are looking through the eyes of a blind person. We are looking at smells, watching feelings, staring at sounds and textures… we are seeing the invisible; the essence of a human being.

“These words are part of the vocabulary and have a much more profound meaning than the simple fact of seeing with the eyes. When we use them, we are referring to a way of perceiving life”. José Manuel, our star photographer, certainly misses watching a beautiful landscape; he yearns it with all his heart, but his progressive disability and the exploration of his senses through photography have given him the capacity to have a deeper level of interaction with other people. An opportunity to feel them with no visual prejudice; to read them from another perspective. To really sense them. And he has been able to turn this into what he calls a “life project”: Having a romantic partner, two kids, a job and an outstanding artistic talent. To be and to recognize himself as a productive individual.
Being aware of the huge impact Sight of Emotion has had in thousands of people, of how it -literally- has transformed lives, I was planning on closing this article with a brilliantly poetic conclusion capable of synthetizing the overwhelming power of their labor… but I chose to save that space to share something beautiful that Naivi Luis, one of their students, told me.

Partially sighted since birth, on her way to going blind, Technician in Commercial Business Administration, aspiring marathon runner and, of course, photographer, Naivi made the point that despite the importance of incrementing her sensory capacity, her main achievement since she started her process with Sight of Emotion has been to confront and recognize herself; to be able to tell herself: “You are Naivi, you are a visually disabled person, you are blind, and you are still Naivi. It´s just a characteristic, a beautiful little thing that is part of my humanity”.

I asked her to portray me in a picture, and this was the result. The rest is nothing but words. 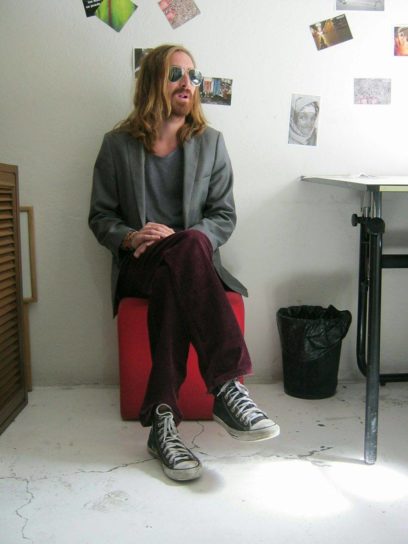