It has been just over six months since Prince passed away; he is no longer front-page news and people’s conversation has shifted to more ‘current’ subjects. Despite all this, information regarding his charitable and philanthropic legacy keeps surfacing, adding more detail and depth to an already beautiful portrait. His music keeps influencing young musicians every single day and his philanthropy remains an example.

“…In his understanding that we are all connected, his charitable work didn’t know geography any better than it saw color.”

Prince’s efforts to eradicate racism by building bridges and generating unity are well known and have had a strong impact. By now, most of us have heard about his wonderful contributions to different minorities in the United States, but in his understanding that we are all connected, his charitable work didn’t know geography any better than it saw color.

Help PARSA youth get an education this year – donate for Back to School! Click: https://t.co/WynJ5rX1JR pic.twitter.com/oyosXFLJEQ

Through his friend Betty Tisdale, Prince heard about the orphans crisis in Afghanistan, a country battered by countless armed conflicts. These wars have gravely affected the civilian population and left hundreds of thousands of children without parents, and vulnerable to sexual exploitation and recruitment by extremist groups like ISIS. Mrs. Tisdale told him about the Afghan charity PARSA and their initiative to help orphans from different provinces through Scout programs. These programs are designed to “give Afghan boys and girls the tools they need to become happy, healthy and useful citizens, as well as the motivation they need to become leaders in their communities and create positive change in their country”. 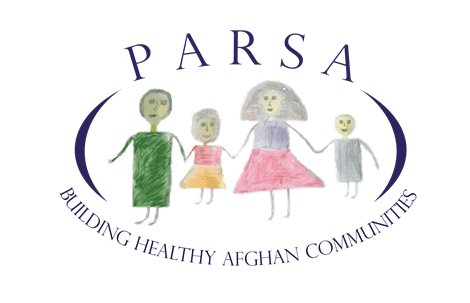 Also known as the ‘Angel of Saigon’, Betty saved two hundred and nineteen orphaned children from the Vietnamese city of Saigon. In 1975, as the city was falling, she rescued the babies by flying them to the United States and finding families for every single one of them. Tisdale’s own organization H.A.L.O. -that according to their own statement- ‘is dedicated to bettering the lives of orphans and at-risk children around the world’ is a strong PARSA supporter and acted as an intermediary for Prince’s financial support, that started in 2010 and continued until his passing.

From a biological point of view, there is only one race, the human race (aka Homo sapiens sapiens) and from that perspective, racism is nothing less than self-hatred. Numbers aside -he was a very generous donor- Prince’s support to forsaken children from the opposite side of the planet speaks of a profound understanding, love and compassion for human life…all human life. Today, more than ever, let’s not forget these primordial values and let’s continue the search for ways to help one another.